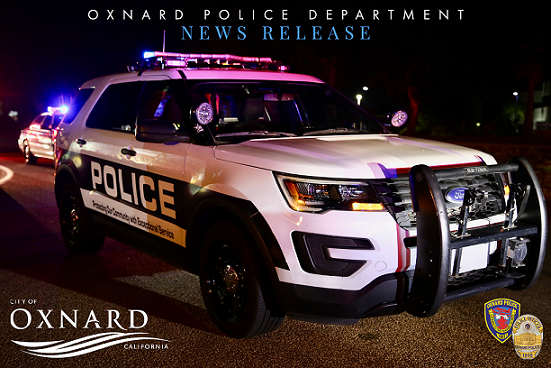 On December 24, 2021, at about 11:37 p.m., officers were dispatched to a shooting victim in the 2100 block of Devonshire Drive. Officers contacted a 35-year-old adult male suffering from a gunshot wound to his leg. The victim reported he was a passenger in a vehicle traveling near the intersection of Gonzales Road and H Street when he heard gunfire and realized he was shot in the leg. They continued driving to the area of Devonshire Drive before they reported the incident. The male victim was transported to a local hospital in stable condition.

While officers were on scene investigating the crime, an adult female called and reported that someone shot at her vehicle at the same intersection. The female victim reported she was driving near the same intersection and observed an unknown individual in the roadway. The victim honked the horn. As she continued to drive S/B on H Street, she observed the suspect shooting at her vehicle. The female drove a short distance further, to a safe location, before stopping and reporting the incident. Investigating officers located evidence of bullet strikes on both victim vehicles. Fortunately, the female victim was not struck by gunfire.  It is believed that both shootings occurred during a nearly simultaneous incident. There is no further information at this point.