(Editor’s Note:  This is the first of a four-part series on a Simi Valley man—Wayne Fishback—targeted by Ventura County.  Superior Court Judge Jeffery G. Bennett has set another hearing for Fishback in Courtroom 21 on Thursday, March 12 at 9 a.m.)

SIMI VALLEY—Who is Wayne Fishback?  Why is he in jail?

Wayne Fishback, 75 year-old Simi Valley environmental consultant, is locked up indefinitely by Ventura Superior Court Judge Jeffery G. Bennett for “coercive civil” contempt to the Court for his failure to comply with a $21.7 million judgment against him issued in a December, 2014 trial by Ventura County Superior Court Judge Kent M. Kellegrew.

Fishback, claims he has spent nearly $5 million dollars in legal and engineering fees to prove his innocence; no longer can pay for legal counsel; has been refused a public defender; and is homeless—that is before receiving the comforts of a jail cell.

Who is Wayne Fishback?  Environmentalist and Consultant

Wayne Fishback is the lead consultant for 2050 DASH—Density, Amenities, Sustainability and Health case study for environmental and economic development that guides the management of Sothern California’s “natural capital” and intellectual property.  The tagline for this case study:  “water plus nourishment plus energy equals life.”  (Editor’s Note:  The following is taken from Appendix 2 of the 2050 DASH Case Study):

Sprawl:  “’Urban flight,’ deteriorating buildings, abandoned property:  large areas of our urban centers are ailing and the time has come to make habitable places in our sick cities before it’s too late.”

Leadership and Coordinated Planning:  “A true revitalization program cannot be limited to the isolated efforts (stovepipe bureaucracy) of government, private business, or the hospital.  A plan must be developed and the community hospital…is a logical initiation of the process.”

Density and Amenities:  “When business, government, and community institutions are partners in developing structures (mega structures) that can be used by a wide range of residents, more amenities become affordable.”

Infill and Smart Growth:  “The challenge is to convert endless vacant lots, symbols of urban despair, to open recreational spaces, opportunities for hope and innovative planning.  Shortly after the oil embargo of 1974 and 1975, “I organized a group of our engineers to do energy audits for our clients.  Existing facilities assessments were reported on in Modern Healthcare, March 1980.   The audit system was also applied to new designs.

Energy conservation:  “My quotes deal with the response to these audits and action taken to conserve energy and plan for renewable energy.  ‘All glass walls are passé.  Glass was only used when specialized areas required it.  A wall with windows, consumes a minimum of twice the energy of a solid wall.’”

Renewable Energy:  “SGE designed a windowless wall for the southern exposure.  ‘Solar collectors can be added when the economics are right.’  It would be 20 years before states would codify restriction on the use of glass and LEED points for use of renewable energy in green buildings.”

Designing Healthy Communities:  “Dr. Richard Jackson, professor and Chair of the Department of Environmental Health within the School of Public Health has authored the book Designing Healthy Communities.  On page xii, under the heading “About This Book,” he writes:  ‘Our current non-sustainable way of building and of depleting resources and our profligate use of energy are a form of generational abuse…inherent in paving over farmland, leveling forests, and destroying the planet’s think atmospheric cover.’  Dr. Jackson’s book has had a profound effect on me, and validated decades of my practice.”

“Dr. Jackson and I have a shared belief system with one possible exception.  I believe the primary obstacle to Designing Healthy Communities is not the pollution of air, water, and soil, or the preservation and conservation of resources.  The driving force that pushes us closer and closer to catastrophe is over-population in under-developed counties, and most of this population is racing to achieve the American standard of living.    These two factors (i.e. over-population and a rising standard of living) will result in an enormous increase in water, food, and energy consumption.  For example, as we promote the use of bicycles by our 300 million U.S. citizens for health reasons, three billion people in China and India are trading in their bicycles for cars.  Our bicycles don’t begin to offset the expanded use of cars that create greater pollution and consumption of resources.”

Technology:  “Technologies already exist to produce an infinite supply of water, food, and energy.  Water desalination, high tech/high intensity greenhouse produced food and a wide array of clean, renewable energy alternatives is technically possible but not yet commercialized and profitable.  While these new technologies are subsidized it is minor when compared to the massive and obsoleted subsidies used to prop-up traditional agriculture, water and fossil fuels.  This must change if ‘designing healthy communities’ around the world is to be successful.”

Population:  “it is ironic that a major factor in reducing over-population and the consumption of resources is achieving a higher standard of living.  In the short term, increased consumption of resources is the solution to long-term reductions.  Increased levels of education are a second critical factor.  These factors have been consistently proven in most developed countries.  Under current conditions over-population dwarfs the risk of climate change and virtually all other environmental concerns.  The only solution to sustaining this exploding population in the near term is to build and produce our way out of the problem. While preservation and conservation are important, these mature practices will provide only minor incremental benefits in the future.”

2050 DASH VISION:  “2050 DASH identifies a time frame and the framework of the problem to be solved.  By 2050 the world population will near 10 billion people.  The growth from one billion to 10 billion will occur in 250 years, a mere spec of time in cosmic terms and is unsustainable.  The DASH sets up goals in the form of urban planning solutions that will leverage high-Density to combat urban sprawl, high-Amenities to attract residents from resource wasting communities, and Sustainable food, water and energy practices to improve the Health of people and the environment by the year 2050.”

Wayne Fishback’s parents were faculty members at the same university where Buckminster Fuller taught.  He attended Fuller lectures on a range of subjects including his vision of “Spaceship Earth.”  Sculptor Henry Moore gave him a “lasting appreciation” for artistic expression in a natural landscape and has influenced him to transform the Fishback family ranch in Simi Hills as “the sculpture of the landscape itself.”  Fishback has numerous contacts in Chicago.

Meanwhile, at the Friday hearing where Wayne Fishback was arrested for “contempt of court”—a Ventura County uncalled witness was Charles R. Genkel, Director of the County of Ventura Environmental Health Division. 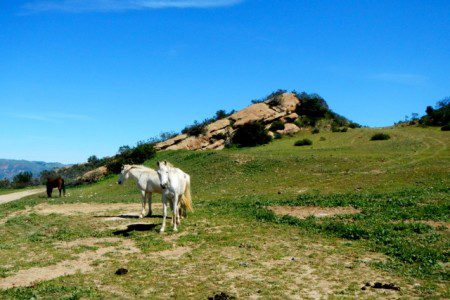 Im trying to get a handle on this… what are they trying to come after him for? any pics evidence of the’illegal activities? Putting those up would be helpful. I live multiple articles but coming in partway they can be hard to follow.. Please lay it all out at once