On Tuesday, December 10, 2019, at approximately 1:33 a.m., Simi Valley Police Officers and the Ventura County Fire Department responded to the 2500 block of Morley Street after receiving a report of a single vehicle collision into a residence. When the officers arrived, they observed a blue, 2008, Nissan 350Z upside down in the front yard of the residence. There was also a male subject lying on the grass that was ejected from the vehicle during the collision. The male subject is a 22-year-old Simi Valley resident and the registered owner of the vehicle. During this time, the officers checked the interior of the vehicle and observed two injured female subjects.

The fire department personnel arrived a short time later and pronounced 20-year-old, Simi Valley resident, Nicole Segura’s death at the scene. The other female subject inside the car was extricated then transported with the male subject to a local trauma center. Both subjects are st ill hospitalized and in critical condition.

Several aspects of the collision are still under investigation, but it appears unsafe speed is a factor. It is also important to note, the Nissan 350 Z is a two-seat sports car. There were three subjects riding inside the car when the collision occurred. Anyone with information regarding the collision should contact Traffic Officer Daniel Kalbacher at: (805) 583-6180. 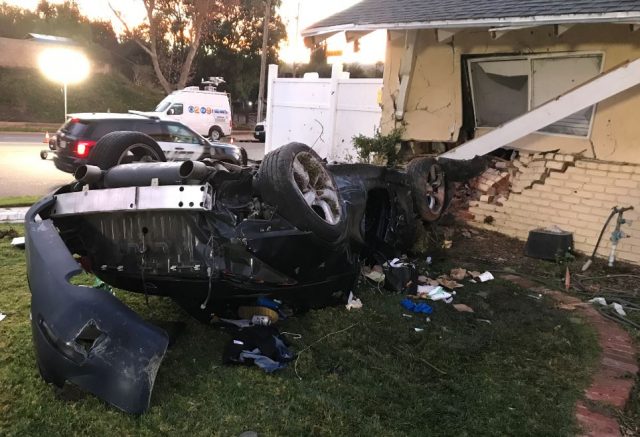