On October 31, 2019, Simi Valley Police Officers responded to an Assault Investigation at a local hospital. When they arrived, they were advised that 21-year-old, Khaelen Julian, a Simi Valley resident was brought to the hospital after he was assaulted at a Halloween Party. As the investigation progressed, the officers discovered that Julian went to a party a residence located on William Court in Simi Valley on Halloween Night. While Julian was at the party, he got into a verbal dispute with some subjects in front of the residence. During the dispute, one of the suspect’s tackled Julian and took him to the ground. Several suspects struck and kicked Julian several times while he was on the ground causing serious injuries. During the incident, a witness told the suspects that Julian was unconscious and the suspects stopped assaulting him and dispersed from the area. At this time, some of Julian’s acquaintances transported him to a local hospital for medical treatment. Julian was admitted into the hospital and is currently in critical condition.

Simi Valley Major Crimes Detective Unit responded to the hospital and took over the investigation. During the investigation, they were able to identify two of the suspects involved in the incident. On Tuesday, November 5, 2019, Detectives arrested 20-year-old, Dy’Laan Lee and 21-year-old, Darien Wade for 243(d) PC-Battery Causing Serious Bodily Injury. Lee and Wade are both Simi Valley residents.

Simi Valley Police Detectives have determined there were several witnesses to the fight that occurred. If you or anyone you know attended the party in question, please contact Detective Brian Young at (805) 583-6248. 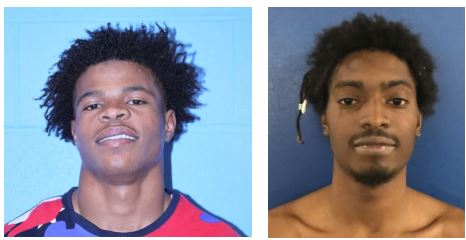