Socialists Want to Destroy the Family

One factor explaining this is the welfare state. The deterioration of families coincides with its presence and expansion.

Is this what leftists and socialists wanted and still want? Do they intend to enact legislation to destroy the family? Or are they mistaken in thinking that their legislation helps people and in overlooking the actual effects? Or are both intent and blind ignorance operating together? 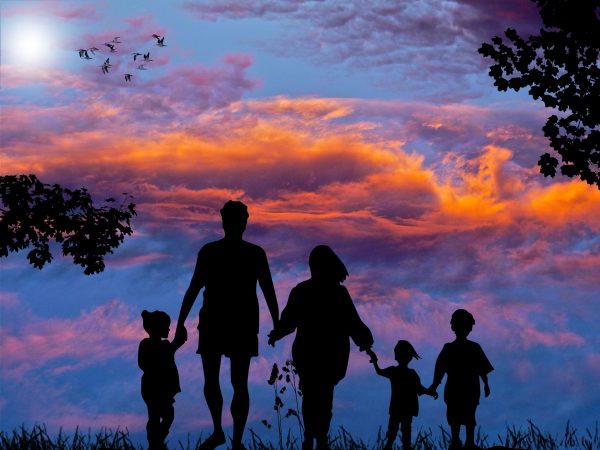 Motivations are a more difficult thing to ascertain, hidden as they are. One source is what the socialist intelligentsia say. A first example of socialist thinking is the article “Love and Socialism” (Feb. 13, 2018). It’s explicit:Against the State: An …Llewellyn H. Rockwell Jr.Best Price: $4.72Buy New $9.95(as of 03:00 EDT – Details)

“The end of the family as a social and economic unit will form the basis of free love, where people will be able to enter and exit relationships at their will and without fear of economic consequences. It will form the basis of equality between men and women, and remove the structural imperative of gender roles. It will open society up for love as expansive comradeship rather than as private possession.”

Even as the welfare state destroys the family, an alternative philosophy of free love is on the rise to replace it. Lew Rockwell has a 1998 article on this subject, and he refers to the pathbreaking work by Mises titled “Socialism”:

“Proposals to transform the relations between the sexes have long gone hand in hand with plans for the socialization of the means of production. Marriage is to disappear along with private property…Socialism promises not only welfare-wealth for all-but universal happiness in love as well.”

Trotsky, a major communist/socialist, had this to say in 1937 in his book Revolution Betrayed:

“The revolution made a heroic effort to destroy the so-called ‘family hearth’ — that archaic, stuffy and stagnant institution in which the woman of the toiling classes performs galley labor from childhood to death. The place of the family as a shut-in petty enterprise was to be occupied, according to the plans, by a finished system of social care and accommodation: maternity houses, creches, kindergartens, schools, social dining rooms, social laundries, first-aid stations, hospitals, sanatoria, athletic organizations, moving-picture theaters, etc. The complete absorption of the housekeeping functions of the family by institutions of the socialist society, uniting all generations in solidarity and mutual aid, was to bring to woman, and thereby to the loving couple, a real liberation from the thousand-year-old fetters.”

What this means is that the state controls the raising of children through social institutions. The family becomes an empty shell.

Feminism and women’s lib may ally with either capitalism or socialism. In practice, many influential proponents have favored socialism as well as the end of the traditional family.

Socialism 2019, a conference of radical socialists had an anti-family panel:

“One panel, ‘Social Reproduction Theory and Gender Liberation,’ addressed how the traditional family structure reinforced capitalism and contended that the answer was to simply abolish families.

“Corrie Westing, a self-described ‘queer socialist feminist activist based in Chicago working as a home-birth midwife,’ argued that traditional family structures propped up oppression and that the modern transgender movement plays a critical part in achieving true ‘reproductive justice.’”

The conclusion is warranted that socialist philosophy, expressed by socialist intellectuals, aims to destroy the traditional family. When the welfare state causes family

deterioration and amplifies the role of the state, far from this bothering these thinkers, they understand it as helping to achieve their goal.

The Best of Michael S. Rozeff

Michael S. Rozeff [send him mail] is a retired Professor of Finance living in East Amherst, New York. He is the author of the free e-book Essays on American Empire: Liberty vs. Domination and the free e-book The U.S. Constitution and Money: Corruption and Decline.
.