Despite requests from more than 20 civic groups that she keep recruiting applicants for the California Citizens Redistricting Commission past the present Aug. 9 deadline, state Auditor Elaine Howle doesn’t appear to believe it is necessary.

Last week, California Common Cause, the California NAACP and the National Association of Latino Elected and Appointed Officials were among the organizations that asked that the deadline be moved to Sept. 30. They cited statistics showing that whites were heavily overrepresented in the first 7,500 applicants, that Latinos and Asian Americans were heavily underrepresented, and that women were somewhat underrepresented.

“California voters only get one shot every 10 years to draw the lines that shape our future,” their letter to Howle said. “We, the people, want a chance to make a real impact for our families, neighborhood and state.”

Rey Lopez-Calderon, executive director of California Common Cause, told the San Francisco Chronicle that the redistricting commission had gotten a much worse response than in its recruitment efforts before the 2010 census, when there were about 30,000 applicants. That was the first time the commission handled redistricting after being created by Proposition 11, a 2008 ballot measure that put the state auditor’s office in charge of setting up the commission.

“We need differing views on the commission, and not just ethnic views,” Lopez-Calderon said. “[We] need people who know the different parts of the state.”

But in a news release on Tuesday, Howle didn’t address or give any credence to the civic groups’ concerns.

“I am pleased to announce that as of this morning, over 10,300 Californians have stepped forward for a chance to serve on the second 14-member Citizens Redistricting Commission,” Howle’s statement said. “This is great news for direct democracy! As we enter the final days of the initial application period, my staff and I will continue working to encourage even more eligible individuals throughout the state to apply.”

After applications close, Howle’s office expects to come up with a list of 40 finalists by next April. The committee’s 14 members will be chosen by Aug. 15, 2020. Under the rules of Proposition 11, the commission includes five Democrats, five Republicans and four people who are independents, decline to state a party preference or are members of another party.

The ballot measure was passed over the bipartisan objections of most of the state’s political establishment at the behest of then-Gov. Arnold Schwarzenegger and good-government groups. They successfully argued that the task should be taken away from the state Legislature because it had long since proven it drew election district boundaries to protect incumbents. In 2004, for example, not a single one of California’s then-51 House seats changed parties.

But the belief that partisan gerrymandering is fundamentally bad and must be avoided took a huge blow from the U.S. Supreme Court in June. On a 5-4 vote, the court’s conservative majority declined to force changes to extreme gerrymanders adopted by Republican lawmakers in North Carolina and by Democratic lawmakers in Maryland.

“We conclude that partisan gerrymandering claims present political questions beyond the reach of the federal courts,” Chief Justice John Roberts wrote. “Federal judges have no license to reallocate political power between the two major political parties, with no plausible grant of authority in the Constitution, and no legal standards to limit and direct their decisions.” 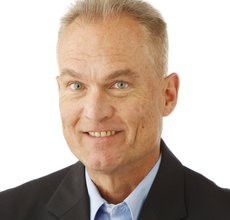