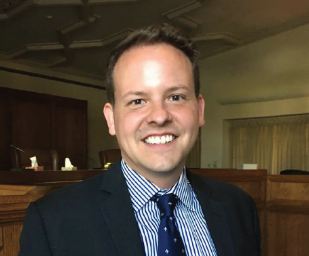 Baehr left his position on August 1. A graduate of Dartmouth College the University of Virginia School of Law, Baehr served as an Assistant United States Attorney for several years. After that, he became the General Counsel at the Pelican Institute for Public Policy in January of this year.

“James is one of those rising stars and true public servant who gave selflessly of his time,” said State Funeral for World War II Veterans Chairman Lee William (Bill) McNutt. “It’s no wonder that he was handpicked to work in the White House Office of Policy Development (OPD) on several issues, including veterans’ affairs. We’re so thankful for his service to this cause and look forward to watching him shine in his new role in Washington!”

Wow! Congratulations and not surprised! God bless you as you make a difference. I know your parents are SO proud❗️