Born in Detroit, Michigan, and raised in Tuscaloosa, Alabama, every time Steve Brown takes the stage, he amazes his audience with his witty remarks, extremely original jokes and his high-energy physical antics. This man is currently reigning and will be soon recognized as one of the greatest comedians of our time. He is blazing a trail across the United States headlining at major comedy clubs, performing at famous venues and doing one of his most favorite jobs, hosting university events. 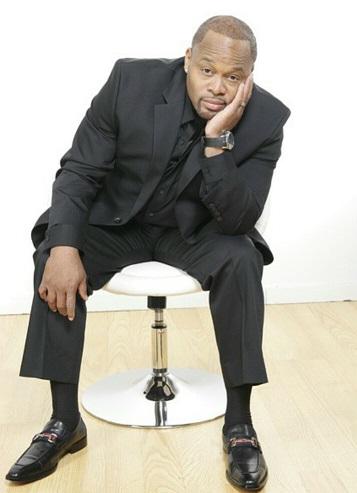 His excitement for performing at universities stems from his love for his alma mater, Stillman College. During his freshman year as a college student, Steve discovered his talent and began his career as a comedian. He continued to work towards mastering his craft throughout his collegiate stint, and after the completion of his Bachelor’s degree in Broadcast Communications he began to pursue comedy as a professional career. Steve is also a distinguished gentleman of the Omega Psi Phi Fraternity, Incorporated. Through diligence, persistence and patience his career has landed him appearances on nationally televised shows.

After Steve takes the stage; your first impression of him may be a confused one as his high-pitched voice coupled with his fraternity brands and tattoos seem to contradict each other. Steve’s act is unparalleled and dissimilar to any other comedians around. Steve enjoyed a spiritual upbringing as a result of being raised in the church by his grandparents. This rearing explains why some of his funniest comedic material is derived from the church, and throughout the years he has continued to show his love for church congregations while on stage.

Steve Is a regular on the Tom Joyner fantastic voyage cruise and he has traveled and performed with the likes of  the late Dick Gregory, J. Anthony Brown, George Wallace, Eddie Griffin, Martin Lawrence, Bill Bellamy and Rickey Smiley, but no matter who takes the stage before or after him, his act is a tough one to precede or to follow. He has also worked along the sides of R&B artists, as well as some of today’s top Hip Hop artists during concerts and music videos. He is truly multifaceted while focusing on his main goal which is: “Making YOU laugh!”  As a well-rounded humanitarian first and comedian second, if you need a creative laugh that may help you lose a few calories, then Steve W. Brown is your man. Watch: https://www.youtube.com/watch?v=2kDfedmwo1I Visit: https://www.stevewbrown.com/the-comedian