Support Sheriff Coverley and Gardnerville’s Future Against BLM on Aug. 8

Last week,Douglas County Sheriff Dan Coverley made national news when he told his County Library Board  they should not feel obligated to contact his agency for emergency calls, because the Board no longer trusts or supports the activity of the Sheriff’s Department.  Coverly’s comment was in response to the Board publicly stating their support for the Black Lives Matter Organization (BLM).
.
Sheriff Coverley has not retracted his statement, nor should he.
.
BLM is anti-cop, anti-White, and pro-Marxist.  They say/do nothing to help solve the real issues hindering Black progress, e.g.: America’s highest rate of abortions and out-of-wedlock births, and Black-on-Black  crime.
.
Supporting BLM makes no sense for ANYone of ANY color.  Listen to their own website.
.
• BLM SAYS they want to “stop the rampant and deliberate violence inflicted on (Black people) by the state.”  Two examples they give are what they claim to be the wrongful deaths of Trayvon Martin and Michael Brown.
The Facts?  After excessive investigations by President Obama, the Attorney General, and the FBI, the shooting deaths of both Martin AND Brown were determined to be completely justified, because both men were in the process of committing deadly assaults.
.
• “We (BLM) practice empathy…we embody peace and justice in our engagements with one another.”
The Facts? The BLM founders idolize convicted cop killer/fugitive Asata Shakur, and publicly celebrate her with their followers.  The organization said nothing when in recent BLM protests,  law enforcement officers were blinded by lasers, seriously injured by explosives and chunks of concrete, and had bags of feces thrown at them.  BLM rallies have included chants that mock police officers who have been murdered.   The president of a BLM New York City chapter publicly expressed the joy he felt when he saw buildings burning in the Minneapois riots.  He added that if cities do not cave-in to all BLM demands, he looks forward to “burning down the entire system.”  BLM’s Memphis chapter recently announced an extortion effort against downtown merchants who won’t support them, and the BLM-Nashville branch was banned from meeting at the public library because they refused to allow White people to attend.
.
• “We want to stop the the rampant and deliberate violence inflicted on (Blacks) by the state.”
“Relative to their excessive murder rate (10X that of Whites), “the state” is inflicting NOTHING on BLM, but rather, vice-versa.    At 13% of the population, Blacks are 40% of the cop-killers, are shot by police at HALF the rate of Whites, and STOPPED by cops 75% less than their crime rate would justify.
.
Black Lives Matter is a tacit instigator and supporter of the recent months (and years) of race-based rioting and violence in America. They  refuse to disavow criminal mobs of their supporters who have committed dozens of vicious, race-based assaults against innocent Whites.
.
Proudly acknowledging their “Marxist training,” BLM shared their demands for America’s future last week with the Democrat National Committee.  Called “The Breathe Act”, it includes: eliminating most federal prisons, defunding police and the Department of Justice, and eliminating the Drug Enforcement Agency, and Immigration/Customs,
.
Would the Douglas County Library system publicly express their approval of any WHITE organization that promoted racial supremacy, refused to disavow criminal behavior and violence against law enforcement officers, and was working daily to tear down the morals, values, and social order that hold America together, and make communities like Gardnerville worth living in?  No.  Library officials would NOT support that kind of  criminally-involved organization just because it focused on White supremacy…and they shouldn’t support similar behavior by BLM just because it focuses on Black supremacy.
.
The Douglas County Sheriff’s Department is sworn to uphold the law.  By supporting BLM, the library system is saying that they do NOT support or want the law being enforced.  Why would the Library complain because Sheriff Coverley simply told the library he was honoring their horrible choice?  Sheriff Coverley, the city of Gardnerville, and America need your support on August 8.
, 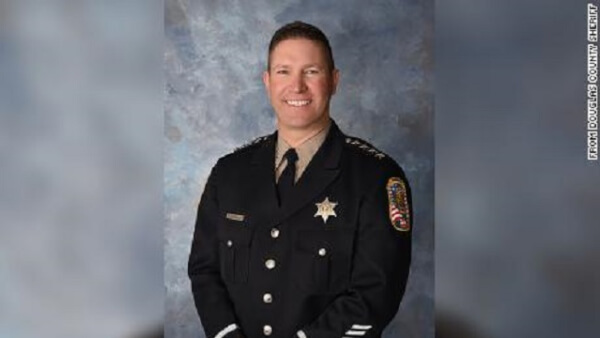 .
The views and opinions expressed in this commentary are those of the author and do not necessarily reflect the official position of Citizens Journal
.

Paul D. White is the co-host of “Race Across America” on Fox affiliate 99.1 FM (KKFT) in Reno, NV.  He welcomes feedback at:   [email protected]

A Grey –
Douglas County Sheriff Coverley did not EVER say he would “withhold services,” from the library for ANY reason, as you and a typically distorted CNN report claimed. Your starting premise is 100% false.
He said that since the library supported BLM’s lawless behavior and the Sheriff’s department was sworn to enforce the laws, that the library was not obligated in any way to call the Sheriff’s department, if the library didn’t want to deal with them. Sheriff Coverley was simply respecting the library’s choice, even though he felt it was a poor choice for the community. Straight-taking great top-cop: the kind we need running EVERY city in the nation.

BLM is not the issue here. The issue is that the sheriff says he’ll withhold services from anyone whose political beliefs do not match his. That would be a violation of his oath of office and of the US Constitution (14th amendment guaranteeing equal protection under the law). Interesting that you, Mr. White do not support upholding the constitution.