The SWAT teams that will be sent into so-called sanctuary cities are necessary because the jurisdictions are giving federal officers no assistance, Department of Homeland acting Secretary Chad Wolf said on Tuesday.

“What we found in these sanctuary jurisdictions is that local law enforcement does not work with the department,” Wolf said during an appearance on “Fox & Friends.”

“So what used to take one or two officers going into a jail setting and picking up an individual that’s on a final order of removal, we now have to go into communities with many, many officers.”

Immigration and Customs Enforcement, a federal immigration enforcement agency within the Department of Homeland Security (DHS), helped Customs and Border Protection (CBP), another agency in DHS, during the crisis at the border last year, Wolf said. Now CBP is returning the favor.

“Their SWAT job is not their only job,” Wolf said during an appearance on “Full Court Press” over the weekend. “These are Border Patrol agents, CBP agents that are specially trained to do additional duties above and beyond what they do every day.”

The teams that will be sent into sanctuary cities are officially known as Border Patrol Tactical Units. According to a fact sheet from DHS, the units have a cadre of full-time members in El Paso, Texas, and other members who aren’t full-time dispersed throughout the United States.

When called to deploy, the teams can do so immediately, the federal agency stated. The unit was created in 1984 in response to riots at federal immigration facilities. The unit can conduct surveillance, gather intelligence, and conduct various operations.

The teams wouldn’t be required if sanctuary cities provided help for federal immigration enforcement, Wolf said on Tuesday. “In these sanctuary cities, they provide no resources to help us do our mission. Should they decide to honor detainers and help ICE, we would not have to call on these additional resources,” he said. 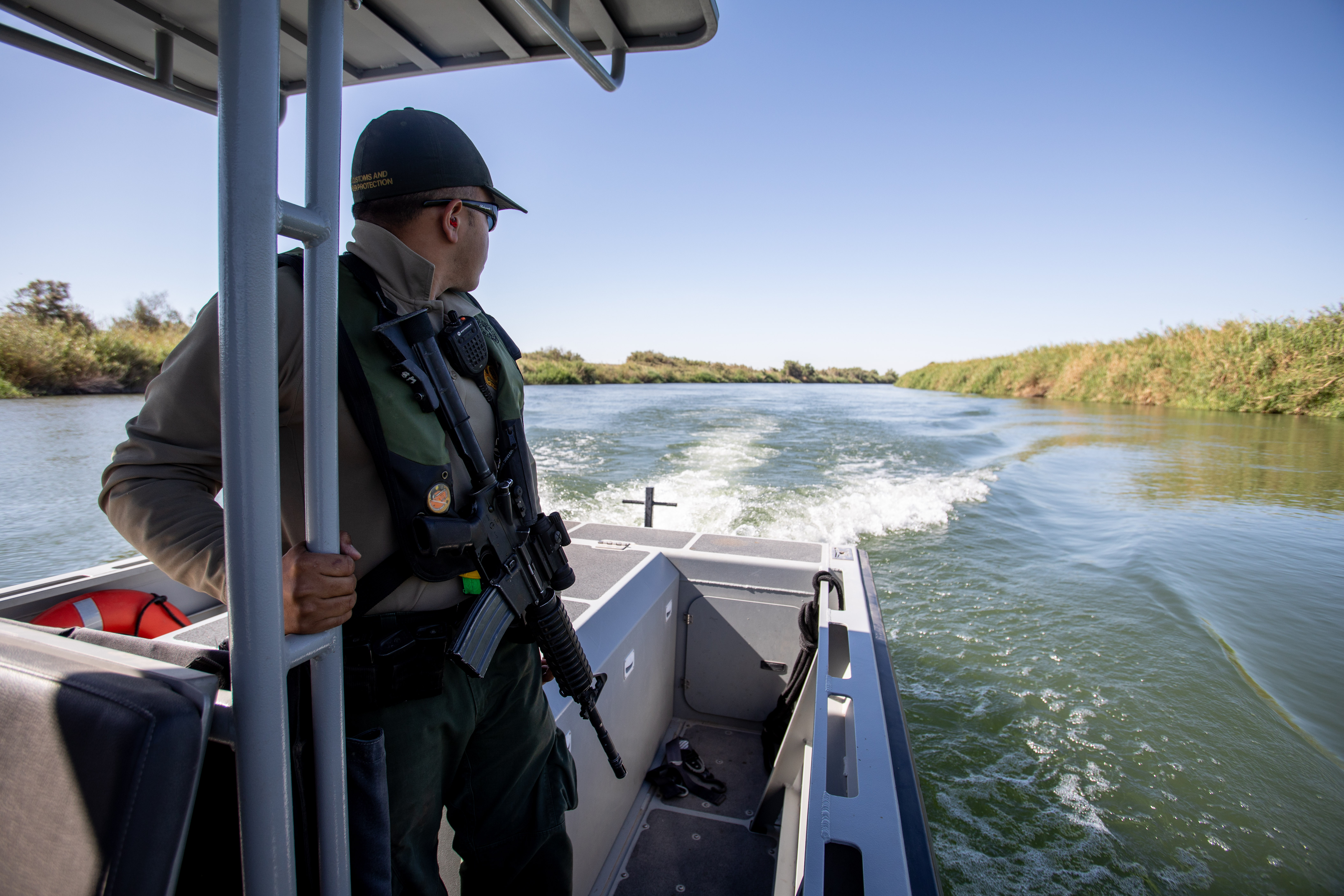 Customs and Border Protection agents patrol the Colorado River at the intersection of California, Arizona, and Mexico, on May 25, 2018. (Samira Bouaou/The Epoch Times)

The plans have attracted opposition from some lawmakers and former government officials.

“This administration seems to think they can intimidate local law enforcement officials or act independently when operating in their jurisdictions,” John Cohen, a former DHS official during President Barack Obama’s administration, told ABC News. “That is a dangerous strategy that will fail.”

In a joint statement, Sens. Elizabeth Warren (D-Mass.) and Edward Markey (D-Mass.) said that the efforts should be shut down.

“Because this initiative is unnecessary, unwelcome, dangerous, menacing, retaliatory and unlikely to achieve its stated goal, we write to demand that you reverse course and to pose questions to better understand your rationale for employing paramilitary-style immigration personnel equipped with ‘stun grenades and enhanced Special Forces-type training, including sniper certification’ in Boston and elsewhere in the United States,” the senators wrote in a letter to top immigration officials.

“These policies are not about people who came to our country illegally but have otherwise been peaceful and productive members of society,” Barr said. “Their express purpose is to shelter aliens whom local law enforcement has already arrested for other crimes. This is neither lawful nor sensible.”

Janita Kan contributed to this report.