Taliban Executes Folk Singer Because 'Music Is Forbidden In Islam' 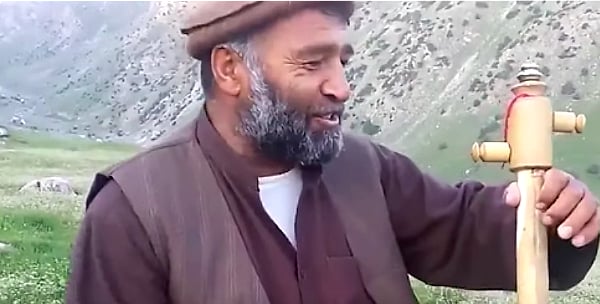 The Taliban has made it clear that it respects human rights that comport with its interpretation of Islamic law, so it shouldn’t be a surprise that the Muslim organization ruling Afghanistan is accused of executing a folk singer after a spokesman warned “music is forbidden in Islam.”
Fawad Andarabi was dragged from his home Friday at his family’s farm about 60 miles north of Kabul and killed, the Associated Press reported.

The singer’s death came two days after Taliban spokesman Zabihullah Mujahid told the New York Times music will be banned in Afghanistan, as it was under Taliban rule from 1996 to 2001.

“Music is forbidden in Islam,” the spokesman said at a Wednesday briefing in the Ministry of Information and Culture in Kabul.
“But we’re hoping that we can persuade people not to do such things, instead of pressuring them.”
Days before his death, Andrabi had been visited by Taliban members, who searched his home in the Adarab Valley.

“He was innocent, a singer who only was entertaining people,” the son said. “They shot him in the head on the farm.”
A former Afghanistan interior minister, Masoud Andarabi, tweeted a video on Saturday of Fawad performing.
“Taliban’s brutality continues in Andarab. Today they brutally killed folkloric singer, Fawad Andarabi who simply was bringing joy to this valley and its people,” wrote the former minister, who also is from the Andarab Valley.
“As he sang here “our beautiful valley … land of our forefathers …” will not submit to Taliban’s brutality.”

Taliban’s brutality continues in Andarab. Today they brutally killed folkloric singer, Fawad Andarabi who simply was brining joy to this valley and its people. As he sang here “our beautiful valley….land of our forefathers…” will not submit to Taliban’s brutality. pic.twitter.com/3Jc1DnpqDH

The Lantos Foundation for Human Rights & Justice said the killing of Fawad Andarabi “provides a horrific glimpse of what lies ahead for performers, musicians, artists, activists and many others in a future under Taliban rule.”
Karima Bennoune, the United Nations special rapporteur on cultural rights, reacting to the killing via Twitter, calling on governments to demand the Taliban respect the human rights of artists.
Amnesty International’s secretary-general, Agnes Callamard, tweeted that there is “mounting evidence that the Taliban of 2021 is the same as the intolerant, violent, repressive Taliban of 2001.”
“Nothing has changed on that front,” he said.
Jihad Watch director Robert Spencer noted he is often rebuked as “Islamophobic” for pointing out that Islamic law forbids music with the exception of a capella songs that encourage jihad.
He quoted from a hadith — a sacred text in which Muhammad transmits the words of Allah — that states: “The Prophet said that Allah commanded him to destroy all the musical instruments, idols, crosses and all the trappings of ignorance.”
And among the sayings of Muhammad are “On the Day of Resurrection, Allah will pour molten lead into the ears of whoever sits listening to a songstress” and “Song makes hypocrisy grow in the heart as water does herbage.”