New York’s poignant “Tribute in Light” ceremony has undergone a test run one week before the 19th anniversary of 9/11. Twin blue beams illuminated the lower Manhattan skyline in a preview of the Sept. 11 memorial and was a comforting sight for many New Yorkers.

The city had previously been informed that the 2020 tribute would be canceled owing to the pandemic. 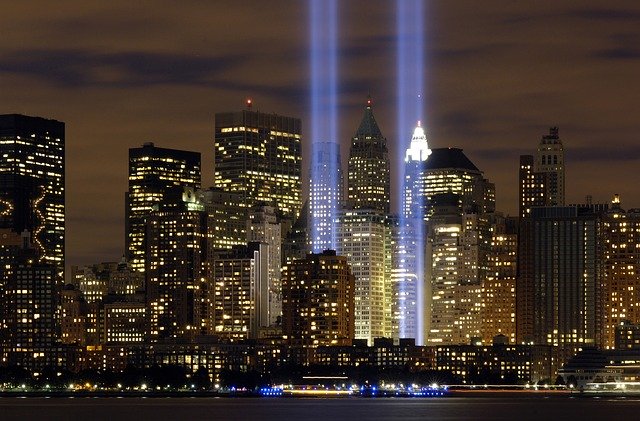 The 9/11 Memorial and Museum had made the regrettable announcement in August that the light display would not be staged, WABC reported, citing the scale of the health risks associated with the pandemic.

The Museum had originally pulled the plug by explaining that nearly 40 stagehands were required to erect the installation, typically working in close proximity for over a week, CBS New York reported. Regrettably, this setup did not align with the safety precautions in place during the pandemic. However, a plethora of public voices quickly rallied in protest.

Referring to the Tribute in Light as a “continuing source of comfort to families and an inspiration to the world going forward,” Greenwald thanked New York Governor Andrew M. Cuomo and Chairman Michael Bloomberg for coming forward to make the staging of the 2020 display possible, and sufficiently safe.

Cuomo too took to Twitter himself, reassuring his New York constituent and followers nationwide that state organizations would provide the manpower and supervision needed to erect the tribute safely.

“I am glad that we can continue this powerful tribute to those we lost on 9/11 and to the heroism of all New Yorkers,” he posted, adding in a subsequent message, “Honoring our 9/11 heroes is a cherished tradition. The twin towers of light signify hope, resiliency, promise, and are a visual representation of #NewYorkTough.”

On the evening of Sept. 4, the twin beams installed on the roof of the Battery Parking Garage were given their trial run. Photos taken from across the Hudson River depict the might of the eighty-eight 7,000-watt xenon lightbulbs in their configuration of two 48-foot squares as they beam their moving tribute into the night sky.

The installation, notes the Daily Mail, can be viewed from as far away as 60 miles from lower Manhattan.

The Tribute in Light was inaugurated six months after the decimation of the World Trade Center towers in 2001. It has been held annually ever since in honor of the victims of the terrorist attacks.

Gov. Cuomo stated that it is “especially important” to commemorate the lives lost and the relief efforts made on 9/11 at a time when citizens are united in yet another battle against a common enemy: the ongoing pandemic.

“I understand the Museum’s concern for health and safety, and appreciate their reconsideration,” he said in a statement to WABC. “The state will provide health personnel to supervise to make sure the event is held safely, while at the same time properly honoring 9/11. We will never forget.”