But for most of the post-World War II era, Americans saw a rising standard of living,  jobs that paid well, children going, in most cases, to relatively good public schools, affordable housing, and better cars.  There was optimism about the future.

A college education, especially at a state university, was basically affordable. Getting accepted at a good university seemed, for a talented student, guaranteed. People could save for retirement and have some funds left over for their children or their favorite charity.

In recent years, from 2001 to today, the mood has changed.  Americans now seem angry and frustrated. Traditions are under assault. The neighborhood is different.  Who are all these people who don’t speak English and seem reluctant to assimilate into American culture?

Many public schools are failing.  Pupils in many cases are unable to read and write well.  They have trouble with simple arithmetic and elementary mathematics. The school environment can be violent.  Some schools have programs to prevent the bullying of pupils.

Many Americans cannot afford to buy a single, detached family home.  Everything is so expensive that a family of four in a suburban location like Walnut Creek, California, might have trouble living on an income of $200,000 a year.  Walnut Creek is about 30 miles east of San Francisco.

Government bureaucracies, businesses, public entities (like schools), and universities are now putting a priority on diversity — a diversity that is based on ethnicity.  Whatever happened to ending discrimination against anyone?

Even the English language is under assault.  In Berkeley, California, the city council recently decided that “manholes” are to be called “maintenance covers.”

In politics, there is talk that certain kinds of people must be elected.  Does this mean that other kinds of people, however talented, are unwelcome?

In the area of housing, single, detached family homes are under attack.  In Minneapolis, Minnesota, the city government has decided to ban zoning for such homes.

Then, there are government restrictions on the use of plastic straws, certain types of light bulbs, and vehicles that exceed prescribed limits on miles per gallon.  Many stores require customers to bring their own bags.

In the 1950’s, people could find jobs, buy a home, start a family, obtain affordable health insurance, and drive to work on highways that were not overly crowded.  Even taxes were not a burden.  Inflation was low.

Now, people who may have no legal right to enter or live in the United States, are pouring in, costing taxpayers billions of dollars.  For some reason, the government is providing food, shelter, health care, and other assistance to these individuals.  It’s nice to be charitable, but can the U.S. absorb as many people as now want to live in the country?  Shouldn’t these immigrants be required to have a source of income (like a job)?

Everything is a fight.  In California, some cities are banning natural gas.  The State of California is mandating that new homes have to have solar power, and such power can add $20,000 to the cost of a new home.

Taxes and fees are increasing.  Everywhere, prices for water, electricity, and garbage-collection are going up a rates higher, often substantially higher, than inflation.

Vehicular traffic is overwhelming.  Parking, if it can be found at all, is very expensive.

That pleasant America of 1945 to 2000 is quickly disappearing.  Random killings seem to be a weekly occurrence.

Americans still have their constitutional freedoms.  As long as these freedoms exist, Americans might want to elect candidates who promise to preserve open space and preserve the existing character of their neighborhoods.  These things can be done without violating anyone’s civil rights.

Americans still have time to prevent their entire country from becoming a version of Tokyo, Hong Kong, or Manhattan. 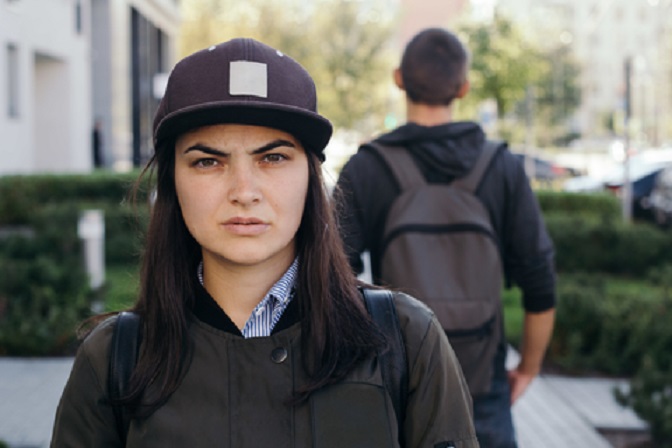 In addition to all the other problems that people have to buy homes, Investors with cash are bidding on single family homes against people who want a home. This was caused during the 2007 mortgage crisis when investors bought thousands of homes in foreclosure and HUD passed a rule that permitted them to rent them out.
It caught the eye of wealthy investors such as Sean Dobson, CEO of Amherst, said he is adding 1,000 homes a month to his empire with the help of artificial intelligence.
He said he wants to eventually get to 1 million homes – and this is just one investor,

Sometime in the 80s I was at a Chamber of Commerce board meeting and an argument broke out between two members, one a fairly conservative businessman and another very liberal woman whose occupation I don’t recall now. The businessman had stated that the 40% of the cost of a new home in Ventura was comprised of taxes and fees. At that time the median price of a home in Ventura was $150,000 so that give you a clue how long ago it was.

The woman chimed up and emphatically stated, “Oh, no, that’s not correct it’s only 29%.

I was stunned. If we add a single percentage to make figuring easier and take the median price of a home at that time which is conservative because I am sure the prices of new homes at that time were above the median price, that comes to $45,000 before the builder has bought one nail or turned over one shovelful of dirt. That’s 50% more than I paid for my house twenty years earlier. And that’s taking the bottom figure. So the actual cost of fees and taxes could without a stretch be considerable more on the mythical median priced new home.

Does anyone wonder why it is almost impossible for the average wage earner to purchase a home in Ventura? Is anyone surprised that people are stressed?

The average cost of a new car is more than I paid for my home in 1968 and it is not all due to added labor and material costs. Most of the cost is government mandated additions with sales tax added to the mandated additions.

The standard car loan used to be 36 months. What is it now, five years or more?

Wonder why people are short on patience?

While I hate the infirmities that accompany old age, I am glad I am not going to be spending many more years in the cesspool that California has become. In the 60s and 70s I was so proud to be living in California. It was the best state in the best country in the world. Our highways were the best in the world. Our schools and universities were top rated in the world. Housing was affordable. Utility rates were low and there were no brownouts. Uncontrolled fires did not ravage the state on a yearly basis. California wasn’t the third world country it has become with incredibly wealthy and incredibly poor with an almost non-existent middle class. Gone are the aerospace engineering jobs, the oil field jobs, the automotive assembly jobs and the concomitant industrial jobs that were subcontractors to those industries. Those jobs have all gone to other states with a more friendly attitude toward business.

The author is right as regards California. I can’t speak to other states because I haven’t resided anywhere else for 60 years but he has hit the nail squarely on the head with regard to California.