The Biggest Threat to Black Folks

The biggest threat to the Black community is by far and away drugs.  No, not the drugs you might think; but the drug of liberalism!

Martin, Reid, and Lemon have their own TV shows that rabidly promote the radical liberal talking points of the Democrat Party.  Princess is like the crazy old uncle that writes and says crazy things that no one pays attention to; but many Black journalists seem to revere him and his radical thoughts on racism that seem to have no end.

The SPJ’s preamble states, “Members of the Society of Professional Journalists believe that public enlightenment is the forerunner of justice and the foundation of democracy. Ethical journalism strives to ensure the free exchange of information that is accurate, fair and thorough [emphasis added]. An ethical journalist acts with integrity.”

They go on to state that the foundation of ethical journalism is: seek truth and report it, minimize harm, act independently, be accountable and transparent.  You can read the details on SPJ’s website: https://www.spj.org/ethicscode.asp.

Can anyone with any shred of integrity prove these quasi journalists live up to their own industry’s code of conduct?

They all claim to be registered “independents,” but they all are liberal Democrats, notwithstanding their clams to the contrary.

On a daily basis they serve as unpaid surrogates for the Democratic National Committee (DNC).  They constantly assert their opinions into their quasi coverage of news and are afraid to engage with “real” Blacks who are “real” Republicans.

They either go out and find millennial Republicans who don’t know their butt from a hole in the ground or find a Black who will criticize the Republican Party and the Trump administration.

They want weak, Black Republicans that they can embarrass on national TV in order to create the perception that all Black Republicans are ill-informed, have no connection to the Black community, and are buffoons.

On the institutional side, the NAACP, The National Urban League, and the Congressional Black Caucus are just as bad as these quasi radical liberal journalists, if not worse.

They represent their membership, not the Black community.  There is a big difference.

They all aggressively advocate for radical liberal policies that are indistinguishable from the Democrat Party.  I was once told that the sign of a great teacher is one who makes himself increasingly unnecessary.

These group’s very existence is contingent upon the constant dependency of Blacks on government programs; i.e., the governmental drug of liberalism.

It is estimated that the federal government has spent over $ 22 trillion on the War on Poverty since the sixties.  Yet, the problem has not been solved and one can argue that it has gotten worse.

These radical liberal quasi journalists and institutions have continued to get yet another generation of Blacks hooked on the drug of liberalism.

They cause more damage to and in the Black community than anyone with a white sheet over their face.

Herein lies my frustration with my Republican Party and my current president.  We have a great story to tell to the Black community; but the story is not being told.

These radical liberal quasi journalists and institutions would lead you to believe that they speak for and represent the mainstream of the Black community.  THEY DO NOT!  But a lie that is repeated enough times becomes the truth.

The Black community is sold a bunch of lies daily from these sellouts to our community and because Republicans are totally disengaged in the debate, the narrative is deemed to be true.

The Republican Party and the Trump administration would be wise to engage with respected Black Republicans like former Florida Lt. Gov. Jennifer Carroll, businessman and civil rights legend Richard Finley of Birmingham, businessman and economic genius, John Burnett of New York City, to name a few.

Blacks are totally fed up with liberalism and do not consider Maxine Waters or Al Sharpton their leaders.  They are “media” appointed leaders.

I am a graduate of Oral Roberts University and Oral would always tell me, “Go into every man’s world and meet them at the point of their need.”

When will the Republican Party and the Trump administration take our message of “traditional values” to the marketplace of ideas within the Black community? 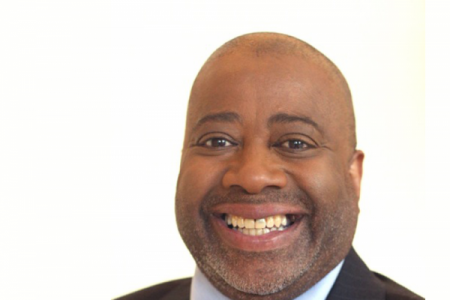