Nationally, and perhaps in California, the Democratic Party is on the verge of a suicide mission.

Instead of acting as a party embracing centrist tendencies, the Democratic Party has devolved into a series of special-interest groups, most of which want to bankrupt the nation and, consequently, lose the November 2020 election. 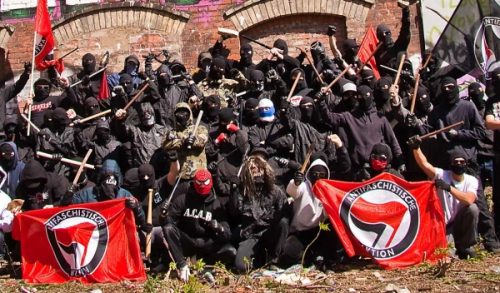 In late August, former Vice President Joe Biden, the 2020 Democratic presidential nominee, called for “prosecution” of law breakers.  While Biden’s comments were somewhat helpful, special interests in the Democratic Party have, so far, prevented Biden from taking a forceful stance against crime.

The Democratic Party cannot allow special party interests to have veto power over plans to fight crime.  Tolerance or inaction on crime only help the Democrats’ most hated individual:  President Donald Trump.

Fighting crime takes priority over other issues like unemployment and combating the cononavirus pandemic.  Crime, or the fear of crime, affects 100 percent of the American population.  Unemployment and the pandemic affect only segments of the population.

To win the presidency, Biden needs to do a few things that Bill Clinton did in his successful 1992 campaign to win the White House.

In 1992, Clinton had what became known as the Sister Souljah Moment.  This moment is a political calculation to attack extreme elements in a politician’s own party.

Sister Souljah is a black woman who worked in the area of popular music.

Clinton also favored the death penalty.  While running for the presidency, Clinton, in January 1992, returned to Arkansas to oversee the execution of an inmate on Arkansas’s death row.

In 1992, Clinton, governor of Arkansas at the time, won the presidency.

In 1994, as president, Clinton called for adding 100,000 police officers to the nation’s police departments.  There has been controversy over whether Clinton was able to add additional police officers, as he promised.  However, there was broad support for what Clinton proposed.  In 1996, Clinton was re-elected president.

To win the presidency in 2020, Biden needs to have a Sister Souljah Moment.  In unequivocal terms, Biden must forcefully — and on many occasions — state that he, if elected, will not tolerate crime.

Unfortunately for Biden, the 2020 Democratic National Convention did not address the subject of crime.

In California, a state with a large crime problem, the state legislature has been largely silent on the subject of crime.

Most Americans, in California and elsewhere, live in suburbs.  These Americans do not dwell in big cities like New York City, Chicago, Houston, or Los Angeles.  These cities have many low-income people.  Over the last 75 years, white Americans have abandoned cities for suburban living, where generally crime is significantly lower.  Moreover, suburbia, in general, has better schools.  In the suburbs, residents can have gardens, lawns, and swimming pools.

Americans residing in suburbia have lives — like the lives of children — and property to protect.  Seeing scenes on television of looting, arson, and killing convince many Americans to vote for law-and-order candidates like Trump.

In addition, many Democrats, especially in California, want to construct so-called affordable housing.

On Aug. 16, 2020, Trump and Ben Carson, the secretary of housing and urban development, wrote an opinion column in The Wall Street Journal.  Trump and Carson said, “The crime and chaos in Democrat-run cities have gotten so bad that liberals are even getting out of Manhattan’s Upper West Side. Rather than rethink their destructive policies, the left wants to make sure there is no escape. The plan is to remake the suburbs in their image so they resemble the dysfunctional cities they now govern. As usual, anyone who dares tell the truth about what the left is doing is smeared as a racist.”

In 1968, after years of criminal violence, presidential candidate Richard Nixon promised to end big-city violence.  Nixon also promised to appoint a new attorney general who would be tough on crime,  Nixon won the presidency.

If Biden really wants to win the White House, he should follow Nixon’s 1968 script and promise that Americans will be safe from crime — at home, at work, and anywhere else.