If Democrats want to win the White House in 2020, time is slipping away.

President Donald Trump could easily be a favorite to win re-election.

But the president’s chances for a new four-year lease on the White House could be in jeopardy.

In 2016, Trump won the Electoral College vote by 304 to 227.  Former Secretary of State, Senator, and First Lady, Hillary Clinton, won the popular contest by 2.9 million votes.

What do the Democrats need to do to win?

Democrats should forget about trying to send articles of impeachment, passed by the House of Representatives on Dec. 18, 2019, to the U.S. Senate.  House Democrats have made their points about abuse of power and obstruction of Congress. 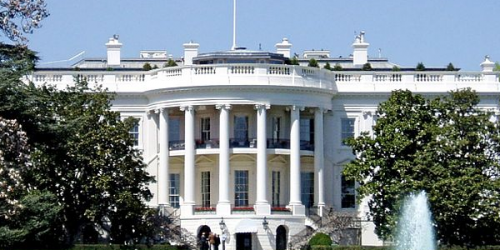 Sending the articles of impeachment to the Senate is an act of futility.  There is no way that the Senate, under Republican control since 2011, would convict the president.

What the Democrats need to do is nominate a presidential candidate who can win a presidential election.  Candidates like Bernie Sanders (I-Vermont) and Elizabeth Warren (D-Massachusetts) are asking for higher taxes, universal health care, government-funded pre-school and childcare, and free tuition at state universities.  While perhaps noble, these goals could bankrupt the nation, which is already $23 trillion in debt.  In 1981, the national debt was $1 trillion.  In 1837, there was no national debt.

The Democrats need to nominate moderate candidates who can win in farm states and the industrial Midwest.

The ideal Democratic ticket should be Sen. Amy Klobuchar (D-Minnesota) and Sen. Sherrod Brown (D-Ohio).  Both senators have been able to win convincingly in their respective home states.  They both can appeal to Democrats, independents, and moderate Republicans.

Klobuchar’s Minnesota is a heavily agricultural state with some urban areas like Minneapolis and St. Paul.  Over the last 60 or so years, Minnesota has produced several very liberal presidential candidates:  Hubert Humphrey; Walter Mondale; and Eugene McCarthy.  Klobuchar is not in that same category of liberalism.

Klobuchar, to date, has not been affected by scandal.  She exudes an image on a 1950’s and 1960’s television mom.  After having to deal with thrice-married Donald Trump, America might want someone who is a more traditional candidate socially.

Trump also has a nasty streak.  He is something of a “Don Rickles” president, willing to insult just about anyone.

Klobuchar, despite some criticism as being a demanding boss regarding her Senate staff, has the image of what some Americans call “Minnesota Nice.”  That image was reinforced in the 1970’s in The Mary Tyler Moore Show,” in which Ms. Moore played an Minneapolis-based assistant television producer who, at least in the show, was a well-liked personality.

Klobuchar, according to some sources, may be at a disadvantage because she is a woman. However, a woman candidate, is not that unusual anymore.  In Great Britain, a country much like America in many ways, two women, Margaret Thatcher and Theresa May, have served as prime ministers.  A Klobuchar-Brown ticket should be able to help the Democrats keep control of the House and perhaps take control of the Senate.

Too many Democrats are strongly attached to so-called progressive candidates like Sanders and Warren.

The Democratic Party receives strong support from Latinos and African-Americans.  While both Klobuchar and Brown are Caucasian, they could consider such Democrats as Kamala Harris, ulian Castro, and Cory Booker — all people of color — as possible cabinet members.  A Klobuchar-Brown ticket could always dangle such cabinet positions as secretary of state and secretary of defense to elected officials of color.

Democrats should put aside their enchantment with ultra-liberal, left-wing candidates.  Instead, they should concentrate on one — and only one — thing:  beating Donald Trump.

And Democrats need centrist policies to avert the charge of extremism.