The Lyrid meteor shower has rained down on the night skies every April for 2,700 years. Best viewed just before dawn, the shower is back for its latest show in late April 2020; here’s how skywatchers in both hemispheres can catch one of the most extraordinary cosmic spectacles of the year from the comfort of home.

In 2020, the concentration of shooting stars is expected to peak between the night of April 19 and the early morning of April 22, according to NASA meteor expert Bill Cooke, per Space.com. Peak viewing hours may see as many as 10 to 20 raining meteors every 60 minutes. 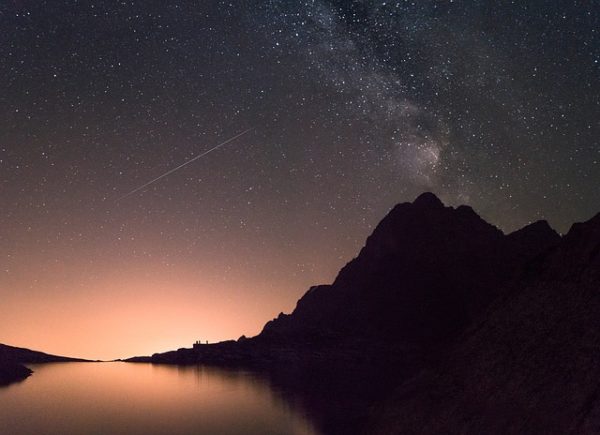 The best time to catch the meteor shower is when the night sky is at its darkest. Astronomers recommend stepping outside between midnight and dawn, and as long as skies are clear, all are invited to witness the spectacle with their own eyes, as no equipment is required for viewing.

While the main event will take place under cover of darkness, it may also be possible to catch an “Earth-grazer”—a slow-moving, long-lasting meteor traveling horizontally across the sky—in the late evening.

Experts advise finding a stretch of open, dark night sky, away from artificial lighting. A lawn chair, blanket, or hammock may facilitate comfortable viewing. NASA’s Bill Cooke added that the moon will appear as a thin crescent between April 19 and 22, being only 48 hours away from its new moon phase, so moonlight should not obstruct the view of the meteor shower.

For avid stargazers, the radiant spot of the shower—the point in the sky from which the shower emanates—will be near the constellation Lyra the harp, containing the bright star Vega toward the east of the night sky. It is from its proximity to Lyra that the Lyrid meteor shower gets its name.

Keeping an eye on this constellation may be the best opportunity for city-dwellers to stand a chance of enjoying the spectacle despite interference from ambient light.

“Compared to other meteor showers, the Lyrids tend to produce bright meteors and an occasional fireball,” said Robert Lunsford of the American Meteor Society. “This makes them easier to see and photograph. While the average Lyrid is fairly bright, this shower is not photogenic, unless you take time exposures during maximum activity.”

Meteors are caused when dust particles fall into the Earth’s atmosphere and leave a trail of ionized gas that glows for several seconds. According to the Griffith Observatory, particle travel at around 27 miles per second when they enter the atmosphere.

Around a quarter of all Lyrid meteors leave a visible trail.

EarthSky reports that the annual Lyrid meteor shower owes its existence to a long trail of debris from Comet C/1861 G1 (Thatcher). While the comet is on a solar orbit lasting roughly 415 years, the Earth crosses paths with the comet every single year in the second half of April.

This beautiful display of exploding space dust in the night sky is the perfect home isolation activity for both beginner and veteran star gazers. April 2020’s Lyrid meteor shower is set to be one of the most unique astronomical highlights of the year. 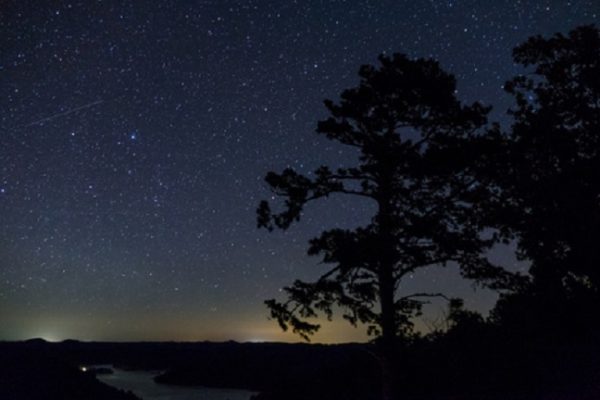