(ThyBlackMan.com) Let me tell you about my friend Congressman Paul Gosar.  He is a friend of the Black community and an ally in our efforts to achieve the American dream through hard work, entrepreneurship and fairness.  How do I know this?  I have worked closely with him since 2016.

For example, in April 2019 he hosted a conference with me and my organization, Black Americans for A Better Future (www.bafbf.org), and we filled a conference room with over 100 people that included Asian businesses, Hispanic businesses, Black businesses and several tribal representatives from the Navajo Nation.  He and his office spearheaded the event and in all my years of working with members of Congress, no office, as an individual office, has ever worked to put together an event like that for minority owned businesses.   Indeed, the best thing about working with Congressman Gosar and his team is that they are doers, not talkers.  I can take meetings all day on the Hill and get a lot of smiles and handshakes, and some vague promises.   I can say Rep. Gosar is truly one of the few that fulfills his promises to help and he has a track record to prove it.

Prior to that event, I have hosted events in Washington, D.C. where the Congressman and his staff have attended and supported my efforts.   Behind the scenes his office has helped Black owned businesses get connected with government agencies and grants.  Bear in mind, few of the companies and people he has helped me with are even constituents in his district.  He is generous with his time and devoted to the success of all Black Americans and all Americans. 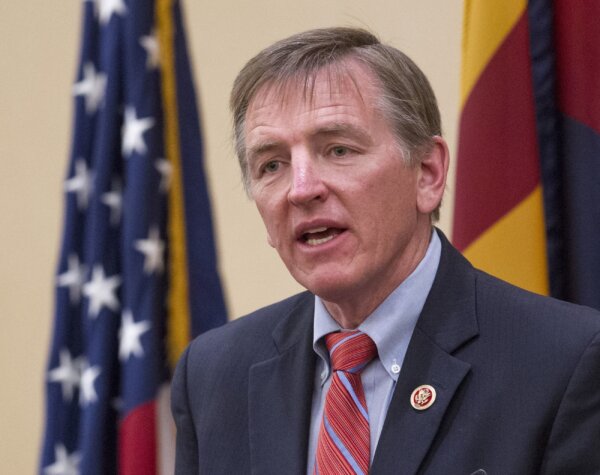 This is all to say I have been working with Congressman Gosar and his team since 2016 and I know for a fact his views on race and his strong opposition to racism in any form.   He is also well aware of how the left seeks to divide us by race.   Both the Congressman and me have been working to build bridges for years.

That brings me to the story of the America First Caucus.   I called the Congressman the day after the “story” broke in the liberal media.  And when I say “story” that is exactly what this is.  Congressman Gosar did not write the document at issue.   Indeed, he had never read it until it was made public in the leftist media.   Imagine his surprise when he saw “news” reports that he authored it and approved it.  He told me that if there was going to be an America First Caucus, it would focus on 5 points.   He also told me that his work in the Freedom Caucus is where he has focused, and will continue to focus, on those issues.  I saw an internal email from earlier in the year headed “America First Simplified Platform” that the Congressman never saw as it was among legislative staff but it stated: “1.  Reopen America.  2. Secure the border 3. Defeat China 4. Reduce National Debt 5. God and babies.”

These five points are pretty standard conservative platforms in this country.   Not any part of them are racist.   The left will allege, as always, that securing the border is “racist” even though I know, as a Black American, open borders has hurt the Black community more than any other group.

I say open borders are racist against Blacks as it makes Black unemployment higher and depresses wages for the jobs that are available.

I also reached out to the conservative warrior Rep. Marjorie Taylor Greene.   Similar to Gosar, she had not read or approved the document prior to its publication.  True to form, she is not backing away from her conservative values, nor should anyone expect her to.

I am tired of the left constantly dividing us by race, gender, class, and ethnicity.   Congressman Gosar and Congresswoman Greene are true patriots that have a record of America First—an America that includes me and all Black Americans.