The US Navy confirms that three online videos showing two military air encounters with what it calls “unexplained aerial phenomena,” and the rest of us call “unidentified flying objects” are authentic, Popular Mechanics reports.

The videos are interesting, and some might find them disturbing. What’s more disturbing to me is that the Navy thinks they’re none of our business 15, or even four, years later (the incidents occurred in 2004 and 2015).

Pentagon spokesperson Susan Gough tells The Black Vault website, “[t]he videos were never officially released to the general public by the DoD and should still be withheld.” 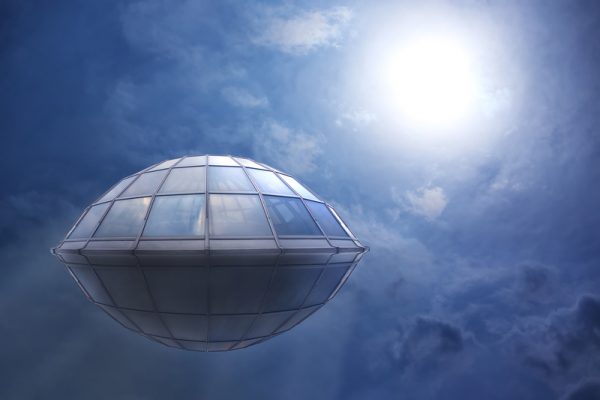 The videos aren’t classified. They just haven’t been “cleared for public release.”

No such long-term category as “not cleared for public release” should exist with respect to information generated or acquired by government.

There are legal standards for “classifying” information as “confidential,” “secret,” or “top secret,” based on supposed degrees of damage to national security disclosure of that information might cause.

I’m personally against allowing the state to keep secrets at all. They claim to work for us. If we’re really their bosses, we should get to look over their shoulders any time we please.

Of course, that won’t happen. But given the fact that the classification system does exist, there should also be a non-negotiable time limit within which any given piece of information must either be classified or made available to the public.

I’m not referring to deniable requests for information filed under the Freedom of Information Act. All government information not classified within 30 days of its creation or acquisition should be stored in databases that  the public can search at will.

UFOs have been a matter of intense public interest since at least as far back as the 1947 Roswell incident, which still spawns rumors of alien craft and corpses held in secret government facilities.

I don’t know, and am not going to claim to know, whether we’re being visited by extraterrestrials and if so what they’re up to while they’re here. I don’t have strong opinions on which sighting and abduction stories are true and which aren’t.  I’m just exactly smart enough to understand that I don’t have the information I’d need to reach such conclusions.

What I do know is that it shouldn’t be the government’s prerogative to conceal such information from the rest of us indefinitely, tell us tall tales about weather balloons and swamp gas, and offer lame “national security” excuses when caught out.

Nor are UFOs the only subject this problem touches on. The post-World War Two national security state has developed a culture of general secrecy that we accommodate at our peril. Concealing information from the public should be incredibly difficult, not a matter of course.