A coalition of five bowling alleys and family entertainment centers is suing Michigan’s Gov. Gretchen Whitmer, a Democrat, for losses incurred due to her mandatory COVID-19 shutdowns in 2020. 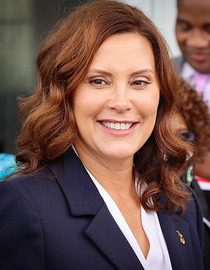 Michigan Dept. of Health and Human Services director Robert Gordon is also a defendant in the case.

The plaintiffs allege that the shutdowns imposed by Whitmer and Gordon were a “taking” of their businesses without just compensation in violation of both the state and the U.S. Constitution.

The case has been winding its way through the federal courts since January 2021.

The coalition lost the first round of the legal battle when the U.S. District Court for the Western District of Michigan ruled against it.

Oral arguments were recently held before a three-judge panel of the US Court of Appeals Sixth Circuit.

Plaintiff’s chief counsel David Kallman told The Epoch Times after the appeals court hearing, “The oral arguments from both sides were vigorous. The judges asked a lot of questions. It was the kind of proceeding that makes you proud to be a lawyer.

“Even the defense acknowledges that we are presenting ‘novel’ arguments.

“Michigan is the only state in the nation where a governor’s public health emergency powers were overturned as unconstitutional.

“If we lose in the court of appeals, we will take this case to the U.S. Supreme Court.”

“The governor’s actions were devastating to our industry.

“Things went from ‘two weeks to slow the spread’ to indefinite shutdowns.”

Bennett said that the forced closures were not based on solid scientific proof that bowling alleys and family entertainment centers would spread the virus any more than the Walmart stores or the GM plants that were allowed to remain open.

“They were allowed to operate with hundreds and even thousands of people in them but we had to shut down. We feel our industry was unfairly singled-out.

“We cannot stand for a repeat of such arbitrary treatment and don’t want the people of Michigan to forget what was done to them.”

With the recent uptick in COVID cases and the approaching mid-term elections, Bennett said his members that survived the 2020 shutdowns feel like it can happen all over again.

“It’s like operating day-to-day with a hammer held over your head. The uncertainty is altering business plans. The value of our businesses is dropping through the floor,” Bennett said.