Nature of Incident: Suspect Arrested for Selling Illegal Narcotics to a Minor

On October 8, 2021, at approximately 12:45 p.m., detectives from the Thousand Oaks Police Directed Enforcement Unit (DEU) arrested (S) Armen Kalents for illegally selling narcotics and nicotine vape pens to a juvenile in the city of Thousand Oaks.

In September of 2021, DEU detectives obtained information from Thousand Oaks Patrol deputies indicating an unknown subject was using a Social Media account to sell marijuana, nicotine, and illegal drugs to juveniles in the city of Thousand Oaks. Detectives began an investigation into the incident and confirmed Kalents was the owner of the Social Media account and was involved in illegal narcotic sales.

On October 8, 2021, detectives utilized a variety of investigative resources to locate and arrest Kalents. During a search of Kalents vehicle, detectives located an ounce of marijuana, a digital scale, numerous marijuana vaping cartridges, marijuana gummies and various nicotine products.

The Directed Enforcement Unit (DEU) is made up of members of the Thousand Oaks Police Department. The mission of the unit is to conduct proactive policing utilizing intelligence led policing methods to reduce crime within the city of Thousand Oaks. 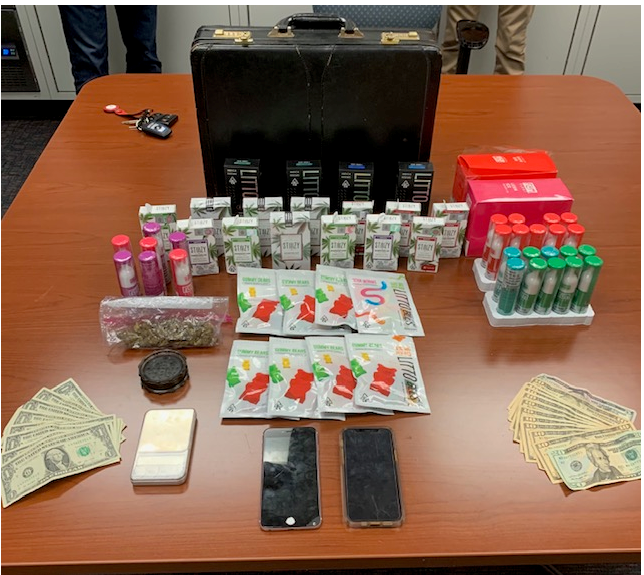