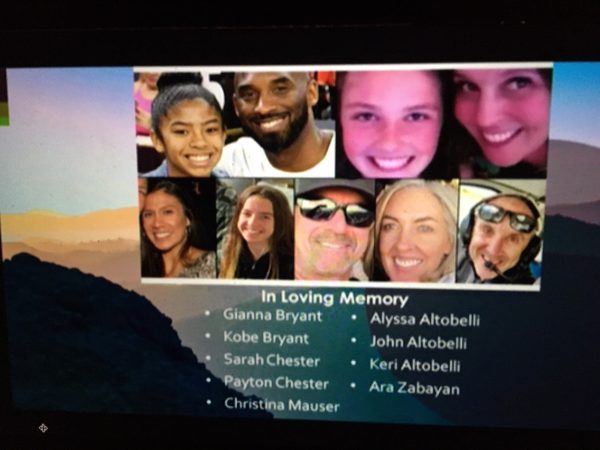 THOUSAND OAKS—The City Council decided Tuesday to do a Request for Proposals (RFP) process for the $300 million 15-year waste hauling contract that has been serviced by both USA Waste of California, Inc. (a Waste Management Company) and Newbury Disposal Company (E.J. Harrison and Sons, Inc.).

At the meeting were employees of both companies with six speakers (including Mark Jacobson, the Cal Lutheran University Facilities Director) asking the City Council to instead approve a Memoranda of Understanding negotiated between the companies and city staff and bring final agreements back to the City Council for approval prior to March 2020.

A supplemental informational packet to the City Council agenda featured five letters of support for the city’s two waste haulers including a letter from Richard Khoury, Gelson’s Director of Facilities Maintenance and a letter from the Danielle Borja, the President and CEO of the Greater Conejo Valley Chamber of Commerce.

“We are ranked as one of the city’s top services,” said Steve Lee, Waste Management District Operations Manager, and 23-year resident of Newbury Park.   “We are the best of the class for middle of the class rates, why change? said Lee who claimed that Mayor Pro-Tem Claudia Bill-de la Pena had remarked at the December City Council meeting that she had not had one complaint on waste hauling in the city.

The City Council approved 5-0 the motion made by Mayor Pro-Tem Claudia Bill-de la Pena to begin the RFP process.  “As waste management customers, we are happy with the service,” said Bill-de la Pena.  “But when you have a $300 million contract and commercial rates will go up by more than 50 percent over the next two years, you put it out to bid.”

“I have a good relationship with both companies,” said Councilmember Ed Jones.  “It is not a good idea, to not test the free enterprise system and have competitive bids.”

“The recyclable market has collapsed thanks to China,” said Mayor Al Adam.  “Some 75 percent of organic waste will now process out of the landfills and this will require special pick-up and machines.  We have not had a Request for Proposals for decades (30-40 years).  We know the rates are going up and this is not in (our waste haulers) control.  We need a RFP process if we are going to defend the rising rates.”

“The people in the audience are not city employee but people who work for our citizens,” said Councilmember Bob Engler.  “We appreciate the impact of these folks.  They have put a lot of work in our city.”

“These are remarkable companies that I commend,” said Councilmember Rob McCoy, who at the Dec. 10 City Council meeting had defended both waste haulers for their long-time service and commitment to the city.  “They have provided remarkable service especially these past 20 years and I thank you all.”

Several laws passed by California lawmakers since 2011 have affected the processing of trash, recyclables, and organic waste:

No report was made at the City Council meeting on how rates this year will be impacted by the RFP process now that there is no longer exclusive franchise solid waste agreements with Waste Management Company and Newbury Disposal Company.

According to Councilmember Rob McCoy, five California bills: AB 68, AB 671, AB 881, SB 13, SB 587  have in effect, “done away with  single family zoning” which Councilmember Ed Jones said “is now overridden by the State” and resulted in the Thousand Oaks City Council passing an urgency ordinance amending the municipal code in regards to Accessory Dwelling Units (ADUs)—second residences that are classified as either:  junior, attached or detached with regulations for each.

The city has received 22 applications for such units since the new laws went into effect on Jan. 1st.  The new state laws allow for:  larger residences (up to two bedroom and 1,000 square feet); reduced parking requirements; reduced or removed fees; reduced the amount of time for city approval; removed owner occupancy requirements; changed the amount of ADUs permitted in a lot; and gave more flexibility for conversions.

City staff will rewrite the regular ordinance and bring it back for approval to the city council in the next few months.   California is hoping that the ADUs will provide more affordable housing.

Matthew Gelfand, counsel for Californians for Homeownership, a Los Angeles non-profit addressing the state’s housing crisis sent a letter to Mayor Al Adam, City Council members and City Staff questioning whether the city’s urgency ordinance was in compliance with the new state regulations.

City Council also approved a motion to make a General Plan Amendment changing zoning from “Industrial” to “High Density” for a 26-unit apartment complex on a 1.6 acre property opposite of existing apartments at Rancho Conejo Blvd. and Corporate Center Drive (which will include three affordable apartment units according to Measure E).  Shappel Properties, Inc., the project developers, will have 12 months to submit a formal application with the city.

In other City Council action:

Michael Hernandez, Co-Founder of the Citizens Journal—Ventura County’s online news service; editor of the History Makers Report and founder of History Makers International—a community nonprofit serving youth and families in Ventura County, is a former Southern California daily newspaper journalist and religion and news editor. He has worked 25 years as a middle school teacher in Monrovia and Los Angeles Unified School Districts. Mr. Hernandez can be contacted by email at [email protected]

Well, it looks like the State of California is on fast track toward a future of section 8 housing. That, and the overly generous open space policies of Thousand Oaks and generally Ventura County will kill the concept of single family, detatched wall, housing.