On August 30, 2019, a Thousand Oaks Police  Department  patrol deputy was  dispatched  to  the “VC Defense” business located at 3166 E. Thousand Oaks Blvd. in reference to a theft of assault  rifle parts. Through the deputy’s investigation, he was  able  to  identify  the  theft  suspect  as Edward Kolodziej.   The deputy provided the Directed Enforcement Unit (DEU) with the  information and they conducted a follow-up investigation, resulting in the arrest of Kolodziej for possession of numerous assault weapons and numerous other felony charges.

During the course of the investigation, the DEU found that Edward Kolodziej was a prohibited person under Penal Code 29800, and was not to be in possession of any weapons or ammunition. During the investigation, the DEU determined that Kolodziej lived at an address in Simi Valley. In addition, Kolodziej was documented as a member of the Conejo Valley Locals “CVLS” criminal street gang from the city of Thousand Oaks.

On September 27, 2019, the DEU and Moorpark P.D. investigations contacted Kolodziej away from his residence and found him to be in possession of a loaded semi-automatic handgun in his waistband and illegal narcotics. During a search of his vehicle, an additional loaded semi- automatic handgun was located under the driver’s seat. 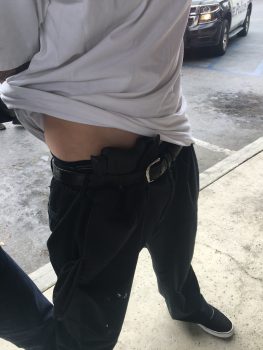 In total, Kolodziej was in possession of five assault weapons, two rifles, one sawed-off shotgun,  four handguns, two silencers, and eight high-capacity ammunition magazines. Kolodziej had thousands of rounds of live ammunition, including armor piercing rounds. Detectives also found evidence that Kolodziej manufactured the assault weapons and they were not legally registered. Detectives located evidence of “CVLS” gang affiliation inside of the residence along with   narcotics paraphernalia.

Kolodziej was subsequently booked at the East County Jail for various violations of the California Penal Code:

Kolodziej was also arrested for Health & Safety Code Section 11370.1-Possession of narcotics while in possession of a firearm. Kolodziej’s bail was set at $500,000 and he remains in custody pending court proceedings. 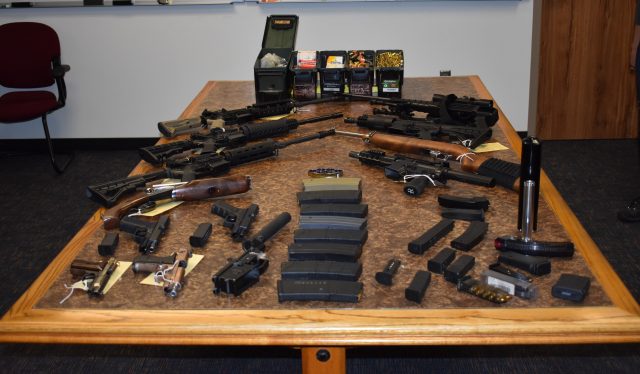