On January 7, 2021, SEU detectives collaborated with detectives from the Thousand Oaks Investigations Bureau, Directed Enforcement Unit, Intelligence Led Policing Unit, Moorpark Detectives, and agents from Homeland Security Investigations to serve search warrants at residences in the 17000 block of Kingsbury Street in the City of Granada Hills and the 14000 block of Friar Street in the City of Van Nuys.

Hernandez, Guerrero and Perez were booked into the Pre-Trial Detention Facility for 182(a)(1) PC – Conspiracy to Commit a Crime, 470(b) PC – Forgery, 472 PC – Counterfeit Seal and 530.5(a) PC – Identity Theft. Hernandez was also booked for possession of the stolen firearm. All three arrestees had their bail set at $250,000. 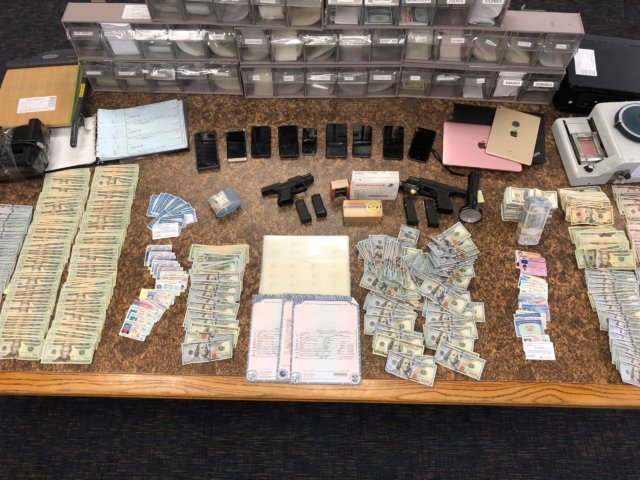