On 8-6-20, a citizen called 911 when she observed two people acting suspiciously at the Bank of America ATM, located at 1440 N. Moorpark Rd. Thousand Oaks deputies responded and conducted a traffic stop on the suspect vehicle as it was leaving the area. The driver and passenger of the vehicle were identified as Grigor Gasparyan and Karapet Gasparyan. During a subsequent search of the vehicle, deputies located two grocery bags full of cash and a large amount of Visa debit cards in other people’s names. Both subjects were subsequently arrested.

During a preliminary investigation, Financial Crimes Detectives from the Thousand Oaks Police Department determined the Visa debit cards were issued via the California Employment Development Department (EDD) for unemployment benefits. Detectives determined the suspects had been making large ATM withdrawals throughout the day from multiple locations with the EDD debit cards and the $164,000 were proceeds from the withdrawals. Detectives also determined the EDD debit cards the suspects had in their possession were obtained fraudulently by applying for benefits using identity theft information from multiple victims, all of whom live outside of the State of California.

The suspects were booked at the Ventura County Main Jail on identity theft, grand theft and conspiracy charges. Their bail was set at $500,000. The suspects are still in custody with a bail hearing set for 8-18-20. 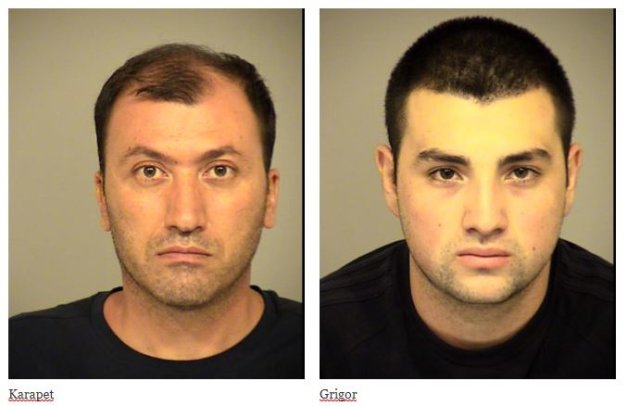 Quite often, todays immigrants suck. I wish our federal government would vet this people better. Remember the Boston Marathon bombing? Two brothers from Chechnya. In that case the Russian government WARNED us about them but we let them in anyway. Ilhan Omar is another example. She’s in Congress for crying out loud. Come on Fed’s do a better job!
In any case, great work by local law enforcement.

what a surprise eastern europeans