On March 17, 2020, patrol deputies were dispatched to a death investigation in the 2900 block of Calle Lacota in the City of Thousand Oaks. Sheriff’s Major Crimes Detectives also responded to the scene and determined the death appeared to be an overdose. The Pharmaceutical Crimes Unit has specialized overdose investigation detectives that also assisted with this investigation. Evidence was located at the scene that revealed Kenneth Fry as the probable suspect who supplied the victim with methamphetamine prior to his death.

On April 21st, 2020, a signed search warrant was served at the suspect’s residence in Harbor City. Kenneth Fry was located near his residence and detained. The search of the residence located a large amount of methamphetamine and smaller amounts of Gamma-Hydroxybutyrate (GHB) prescription medications, psilocybin mushrooms and heroin. In addition to the illegal drugs located, a handgun, sawed-off shotgun, extended magazines and ammunition were also located at the residence.

Fry was arrested for drug and weapons charges. He was transported back to Ventura County and booked at the Pre-Trial Detention Facility. Fry quickly made bail and was released with an arraignment court date of June 22nd, 2020.

The Ventura County Pharmaceutical Crimes Unit is a task force made up of members from the Ventura County Sheriff’s Office, Thousand Oaks Police Department, the Ventura Police Department; The primary mission of the task force is combatting the transfer of legal prescription medication to the illegal market. In addition, the task force works to identify and stop new trends of abuse among the younger population and investigates overdoses due to both prescription medication and illicit drug use. 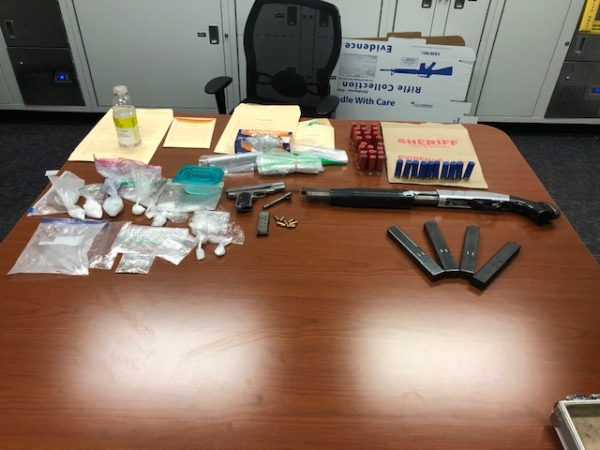