Throwing the Proverbial Bones to the Mongrel Dogs

American racism is complex, insidious and multi-layered. It is not a just black or white phenomenon. Our American racism comes in many shades of color and degrees of ignorance, contempt, stupidity and hatred. This brings me to the current seldom talked about or completely ignored ongoing racist beef/pedo between some Brown and Black folks in this country and in California, in particular. 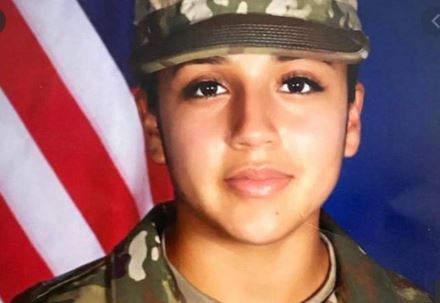 The apparent monstrous killing of Vanessa Guillen by a Black Army man, and the subsequent military cover-up, has again put the spotlight back on this tragic, and very real riff between some Black and Brown folks in this nation. It is a long festering American story of the disenfranchised and exploited turning on themselves. There is, of course, a sick, pathetic and racist historical institutional logic to the long simmering ambivalence, animus, distrust and often outright hatred that Black and Brown folks have for one another. The current orchestrated socioeconomic and ethnic wars engineered by Trump and company, now more than ever have exposed and laid bare the ugly truth that a discernible percentage of Black and Brown folks are programmed, brainwashed and manipulated to distrust, hate, fight, and kill each over the bones that the criminal elite have thrown our way.

I am a 70 year old immigrant Chicano boomer, who has lived all but 7-8 years in Southern California. I have witnessed the distrust and disdain that some Brown and Black folks have for one another first hand and up close. What follows is my Brown and Black experiences and race relations I have lived through in the San Fernando Valley (circa 1960 through 1985), and subsequently in Los Angeles, Ventura, and Santa Barbara Counties.

In 1964 I began my middle school years at McClay Junior High School in the city of Pacoima. Up until that time I had met few Black folks, and up to that time I had no Black class mates or friends. McClay changed all of that, quickly! The racial composition of McClay was roughly 40% Black, 40% Brown (Chicano), 12 % White, and 8% Japanese, Samoan and Philippino and other. It was a glorious rainbow coalition of youth generally being pulled along by an incredibly diverse and progressive faculty that lovingly and consciously worked tirelessly to pull us toward the American dream that most of us still could not envision. It was this once in a life time group of teachers that helped us along the newly developing contours of race relations circa 1964 in the rough and tumble barrio of Pacoima. Left to our own devices, in the outside world, we were already subconsciously and insidiously being indoctrinated to distrust and avoid one another. We self-segregated by race, Chicanos, Blacks, Asians and Whites, never voluntarily hanging out together; we had to be pushed and prodded to interact and co-mingle with students of other races by the teachers. When school fights broke out they were always instigated along the precarious race fault lines. When the shit went down you stuck with your race, no matter what. Anyone that broke that universal code was ostracized and treated as a traitor, never to be trusted again. So you stuck with your own race.

By the 9th grade most of my friends were Black. The common denominator for me and my Black friends was our love of sports. With the help and support of my Black friends my American dream was made crystal clear.  I would work my butt off to become the shortstop for the Los Angeles Dodgers in the near future. Upon graduating from McClay Jr. High in the summer of 1967 at the tender age of 16 years I made both the biggest and most costly mistake of my young life.

I had anguished all summer, vacillating between going to Verdugo Hills High School in Sunland-Tujunga, an almost all White school that had a superior baseball program that could propel me to the big leagues. Or I could attend San Fernando High School and join all my Black and Brown friends that by now were part of my extended beautiful sports family. I chose Verdugo High. In the very first hours of the very first day I was bombarded with racist attacks by both students and staff. I had made a horrific mistake, but there was no turning back, I had to stick it out to follow my dream. I played and excelled for the varsity baseball team that year, but the constant, unrelenting, overt and blatant racism that I experienced and witnessed that year literally crushed my “crystal clear baseball dreams” into a million pieces and took out all the joy of playing the game I had loved. I transferred to San Fernando High the following summer.  I was never again the same magical “blue chip” baseball prospect; somewhere in the racist hills of Sunland-Tujunga I lost my childhood dream and became a very disillusioned young man.

By my junior year at San Fernando High I was a shell of my old self, at 17 years of age I was a baseball washout. I secretly threw away all my baseball gear, and never seriously again played a game of baseball. It is tragic how insidious and crushing racism can be to the soul of a developing young mind. And then came the first of many Black and Brown student race riots at San Fernando High and in the frenetic madness of the moment I would run past my black friends, making eye contact with each of them to assure that we were “cool” with one another. Then we would dash off to our “safe turf” areas of the school that were “controlled” by either the Chicanos or Black students. Back to the ugly default that you never forget, you fight alongside and defend your own race. You dare not breach this “commandment” I did: I tried to be a peacemaker between the Black and Brown students. I failed miserably and to add insult to injury I became one of the school’s race relations Pariahs. My high school years were scarred by overt and unrelenting racism, wilful ignorance and youthful fear and stupidity. I hated high school! I started self-isolating and in short order lost all contact with my Black friends.

At San Fernando Valley State College (now California State University, Northridge (CSUN) the few Chicano and Black students that where admitted into the college, circa 1969, very seldom interacted with one another.  Even in the tiny college dorms that housed Black and Brown students we never interacted. On the rare occasion that we did come together it was to demonstrate temporary “optic” solidarity to the administration. As quickly as the marches, sit-ins, or the demonstrations were done we would go our separate ways. I never had a Black or White friend in college the whole time I was at CSUN.

In my professional career I interface with many ethnic groups, while I know many White and Black folk in Oxnard and the greater Ventura County area my friends continue to be mostly Chicano.  For the past four decades I have worked in Oxnard continuously with a glorious multi-ethnic grouping of local activists fighting to make our city a more just and equitable community. In this line of activist work in Oxnard forming multi-ethnic coalitions is mandatory. We, the Black, Brown, Yellow and White common cause activists work together periodically on specific issues of mutual concern or benefit and then we self-segregate and go to our own tribes. We were programmed to self-segregate early in our American race experience and never truly committed to the continued and arduous demands of everyday and universal integration.

As Black and Brown adults in Oxnard for the most part we are no longer at each other’s throats and fighting as we did in our youth. We have learned for the most part to get along. Live and let live. It has been my painful and highly disappointing experience in Oxnard that Black and Brown folk remain for the most part very “cool” and detached from one another. We, the Brown and Black adults of Oxnard, have gotten numb, somewhat oblivious, to one and another’s pain, suffering and aspirations. We have our own tribal “bones” to drag around and can’t be bothered with another ethnic group’s issues or problems. Predictably, over the years we have infected our children with this racist virus of callous indifference toward racial harmony. We feint horror and complain bitterly when our kids act out in ignorant, senseless, cruel and sometimes violent behaviors toward individuals or groups of different races, yet we do very little or nothing to extend a loving and empathetic hand or heart to our sisters or brothers, to demonstrate by love driven action to our kids how to act to build and strengthen racial understanding and harmony.

Yes, American racism is complex, insidious and ubiquitous. Oxnard is emblematic of the nation’s angst when it comes to race relations. We adults of different tribes mostly just live and let live segregated lives. We have forgotten or just merely neglect the daily hard work that it takes to keep love, empathy and understanding alive and vibrant in our multi-ethnic community. A wise friend of mine used to remind me that, “One of the very hardest things for adults to do is change their hard-headed minds and cold hearts!” When it comes to race relations in Oxnard or in America this is painfully true. But it can be done.  This ongoing historical beef that we Black and Brown folks have with one another can be permanently quashed if only we can redirect our hearts, and minds and understand that we when we are playing it very small and fighting we are selling ourselves and our people dreadfully short, because we are fighting for nothing more than the crumbs and bones that the oppressor throws our way.

The Black and Brown Conundrum is our, we must own it! We must resolve to work hard to reconcile our many differences and then do the righteous and necessary work together as equal and loving sisters and brothers to petition, demand and secure, by any means, that which is rightly ours, and stop fight over the bones and crumbs.

Face it Vazquez, your particular tribe of Brown people will never embrace the Black tribe you so fantasize about. Ultimately we are all tribal, its baked into the DNA. You preach tolerance but that is the last thing you want. You actually want separatism. Just keep the pot boiling right Armando? People of all stripes succeed when they take quiet pride in who they are without the need for rabble rousers like you.

If you would like more of this type of lethargic tirade just acquire books by Lennon, Trotsky, Stalin, Mao, Hitler, or Castro. Very simple just pick any page and compare it to this self proclaimed defender of life’s victim. If you can find one original thought please point it out to me.

Gascón Rolls Out The Welcome Mat For Drug Dealers