To The DNC: Please Help!

Share
Facebook
Twitter
Linkedin
ReddIt
Email
Print
Tumblr
Telegram
Copy URL
Sponsored - Job Posting
Stewart B. Epstein
Would someone with a high position in the national Democratic Party or the national news media PLEASE inform people such as Alexandria Ocasio-Cortez and Bernie Sanders that they are hurting MY Democratic Party by calling themselves “Democratic Socialists” when they are NOT true socialists at all. I am sick and tired of people like Nikki Haley sending me ridiculous emails in which she uses the terms “socialist”, “democratic socialist”, “far-left”. ” and “radical-left” as meaning the same exact things a “progressive” and a “liberal.” I am NOT a “socialist”, and I resent being called one. 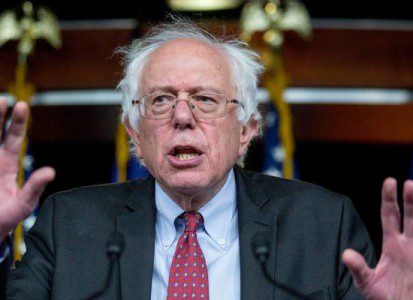 As “The New York Times” columnist and 2008 Nobel-Prize winner in Economics Paul Krugman has pointed out, the so-called “Democratic Socialists” are actually  “Social Democrats” who want to keep our market-based economic system but want to have a lot of federal government social programs such as Social Security, Medicare, and College Student Loans in order to help our lower classes and middle classes.
A truly “socialist” economy has never successfully worked in any large-scale society. A true “socialist” wants to abolish capitalism and replace it with a genuine socialist economy in which the workplaces are owned and controlled by some entity such as “the state”, “the government”, or “the people.” It is not my true nature to insult anyone, but for any reasonable human being to believe in true socialism in 2021, s/he would have to lack the common sense that God/Higher Power gave to little chickens.