Trump signed the 2020 National Defense Authorization Act Friday, which will provide money for various top national security priorities. Included in the bill is Space Force, a directive Trump first signed in February, which will aim to better protect U.S. interests in space. It is the first new military service since 1947, when the Air Force was launched.

“Space is the world’s new war-fighting domain,” Trump said Friday during a signing ceremony. “Among grave threats to our national security, American superiority in space is absolutely vital. And we’re leading, but we’re not leading by enough, and very shortly we’ll be leading by a lot.”

Space Force won’t be putting troops in space, according to the Associated Press. It also won’t be its own military department, instead operating under the Secretary of the Air Force. Space Force’s leader will be the commander of U.S. Space Command Air Force Gen. John W. Raymond, according to Trump. (Vice President Pence Outlines The Pentagon’s Four Steps For Making The Space Force Happen)

The 2020 National Defense Authorization Act is a big win for Trump, who has long advocated for the launch of a military service to protect space assets.

The $1.4 trillion budget includes funding for the Pentagon and other government spending. The spending budget will also provide money to the U.S.-Mexico border fence and reverse automatic spending cuts to certain programs, the AP reported. 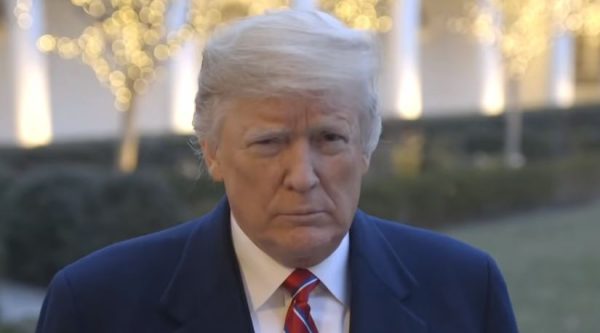