A federal appeals court in California on Friday ruled that the Trump administration’s use of Pentagon funding to build a wall along the U.S.-Mexico border was illegal.

The 9th Circuit Court of Appeals found that Trump’s diversion of defense and military funding violated the Appropriations Clause of the Constitution, which gives Congress the exclusive power of funding.

“These funds were appropriated for other purposes, and the transfer amounted to ‘drawing funds from the Treasury without authorization by statute and thus violating the Appropriations Clause,’” the majority wrote (pdf) in an opinion. “Therefore, the transfer of funds here was unlawful.”

“The panel concluded that the district court correctly determined that the border wall was not an unforeseen military requirement, and that funding for the wall had been denied by Congress. Absent such statutory authority, the Executive Branch lacked independent constitutional authority to transfer the funds at issue here,” Thomas wrote.

The Supreme Court last year blocked an injunction against the use of military funding for the border wall. It’s not immediately clear what effect the ruling will have.

“They deserve to know that their hard-earned dollars are going where Congress intended — to benefit them and their communities,” he said in a statement. “We applaud the court for taking action to immediately halt Trump’s unlawful money grab.”

Last year, Trump declared a national emergency at the U.S.-Mexico border to free up more funding after a congressional spending bill allocated $1.3 billion for border security. The White House had sought more to fund the president’s signature project.

“I’m thrilled to be in Yuma … to commemorate the completion of more than 200 miles of powerful border wall,” he noted. “We’re on pace to complete 450 miles by the end of the year and 500 miles almost immediately thereafter.”

During the visit, Trump signed a metal plaque marking 200 miles of construction.

Days before that, the U.S. Supreme Court rejected the Trump administration’s bid to terminate the Deferred Action for Childhood Arrivals (DACA) program. “Good things will happen with DACA pretty soon,” Trump said. “Put your chin up, good things are going to happen.” 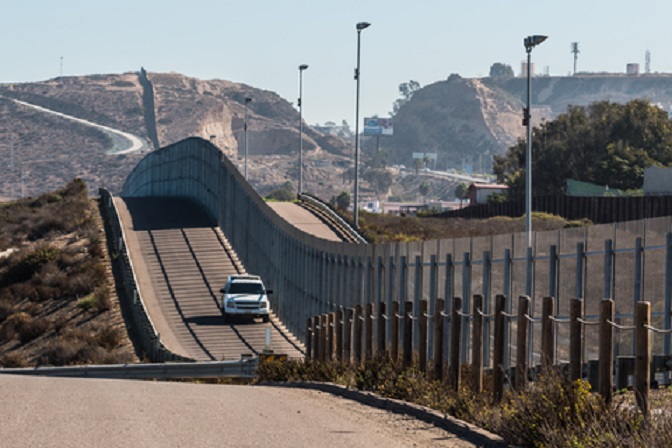