U.S. Rep. Waters Under Fire Again For Paying Her Daughter With Campaign Funds

By Bethany Blankley | The Center Square 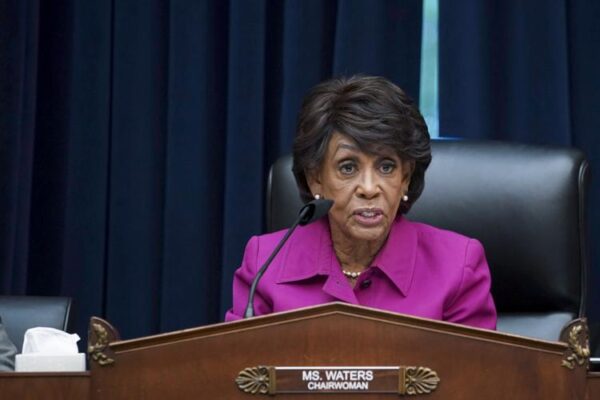 (The Center Square) – U.S. House Financial Services Committee Chairwoman Maxine Waters, D-Calif., is under fire for paying her daughter more than $80,000 in cash from her campaign this year and more than $1 million since 2003, according to media reports.

The payments were associated with “slate mailer management” fees and “Get Out the Vote” services. Slate-mailing operations entail hiring a consulting firm to create pamphlets that list candidates and policy measures and then recommend how voters should vote based on the information on the pamphlet.

This isn’t the first time Waters has come under scrutiny for family members being paid by campaign funds.

In 2004, the Los Angeles Times reported that the Waters campaign had paid more than $1 million to her family members over an eight-year period. Since 2003, Karen Waters has received over $1.1 million for reportedly working on her mother’s campaigns, Fox News reports.

In 2004, Waters defended payments to her family members, telling The Washington Post, “They do their business and I do mine. We are not bad people.”

The Waters campaign did not immediately respond to request for comment.

“While it may be technically legal, it certainly raises ethical eyebrows,” Tracy Marshall, executive director of Transparency USA, told The Center Square.

Politicians are allowed to use funds from their campaign accounts to pay for political activity, such as campaign mailers, but when the person being paid for the product or service is a family member, certain requirements kick in.

“The House Ethics rules require that the campaign show two things – a bona fide need for the service, and that the campaign paid no more than fair market value. In addition, the rules suggest that the House member get an advisory opinion on the transaction from the House Standards (Ethics) Committee,” she said

Waters’ funding arrangement “would be clearly illegal in some states for state-level campaigns,” Marshall adds, “but there is no federal equivalent.”

For example, if the family member’s salary for campaign services is “in excess of the fair market value of the services provided” the salary is considered personal use and prohibited.

Waters, who represents California’s 43rd Congressional District, won re-election in November 2020. She was first elected to the seat in 2013 and is up for re-election in 2022.

Prior to running for Congress, Waters served in the California State Assembly for 14 years and was the Democratic Caucus Chair.