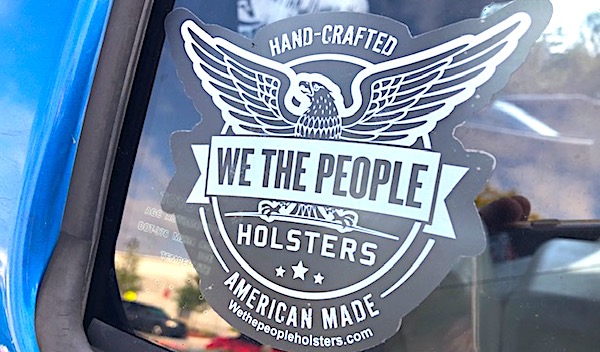 The U.S. Supreme Court already is lined up to review and rule on several hotly contested abortion disputes in the coming months, but they apparently don’t provide enough controversy’s

So the justices have accepted for review a Second Amendment fight over the limits of carrying a concealed weapon in public.

The arguments expected to be heard have been outlined at Scotusblog, where analyst Amy Howe explained the case is New York State Rifle & Pistol Association v. Bruen.

It focuses on a 108-year-old handgun-licensing requirement in New York, but the analysis points out that if it is struck down, the precedent would affect gun-control laws across the nation.

“Both sides in the case agree that the Constitution protects a right to carry a handgun outside of the home for self-defense, but they have very different views on whether and when the government can place restrictions on that right,” the analysis explains. “The court’s decision is likely to be a major ruling on gun rights, and it could hinge on the justices’ view of the history of gun rights in England and the United States – a history that, like the right itself, the parties to the case hotly dispute.”

The last major rulings from the court on the Second Amendment came in 2008, when it decided District of Columbia v. Heller and in 2010 with McDonald v. City of Chicago. The first case held that the Second Amendment protects an individual right to keep a gun in the home for self-defense and the later ruling said states must respect that right, too.

The core of the dispute is that New York, like several other states, requires a person to show “proper cause” when requesting a permit to carry concealed.

The problem with that is it is a subjective standard and leaves to authorities the decisions on requests.

A gun-rights organization has been joined by Robert Nash and Brandon Koch in challenging the present standard.

They argue New York’s law is upside down in that the Second Amendment “makes the right to carry arms for self-defense the rule, not the exception.”

They point out that neither the American colonies, nor the early states, barred residents from carrying weapons in some cases required them to do exactly that.

The state simply says carrying a gun is a right – but it can limit that right however it wants.

The analysis points out that more than 80 briefs have been filed by outside groups interested in the outcome.