The Oxnard Police Department received notice from the Ventura County Medical Examiner’s Office that the bicyclist involved in the collision succumbed to his injuries on Saturday, October 12, 2019.  The identity of the bicyclist is being withheld pending notification of next of kin.

The investigation is still on-going.  Anyone who has information regarding this collision is urged to contact Traffic Officer Adam Aguilar at (805) 385-7750 or via email at [email protected].

On Wednesday, October 9, 2019, at approximately 1:02 p.m., officers from the Oxnard Police Department and EMS personnel responded to an injury traffic collision at the intersection of Saviers Rd. and Bard Rd.

Based on the preliminary investigation, officers determined that a 2017 Nissan Versa was traveling southbound on Saviers Rd. and attempted to make a left-hand turn onto Bard Rd. A 2007 Chevrolet Silverado traveling northbound on Saviers Rd. struck the Nissan. The collision caused the Silverado to rollover. The Silverado struck a bicyclist standing on the sidewalk of the northeast corner of the intersection.

It is unknown whether alcohol or drugs were involved. The collision is still under investigation.

Anyone who has information regarding this collision is asked to contact Officer Adam Aguilar at (805) 385-7750 or via email at [email protected]. 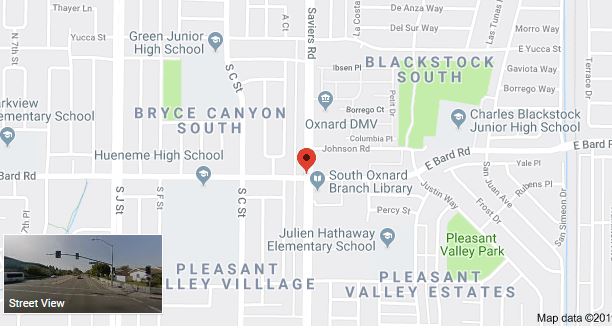