[PORT HUENEME, CA – November 29, 2021] – The Oxnard Harbor District, which owns the Port of Hueneme, has been awarded a Certificate of Achievement for Excellence in Financial Reporting by the Government Finance Officers Association of the United States and Canada (GFOA). The Port received this award for its annual Comprehensive Annual Financial Report (CAFR) for the fiscal year that ended on June 20, 2020. 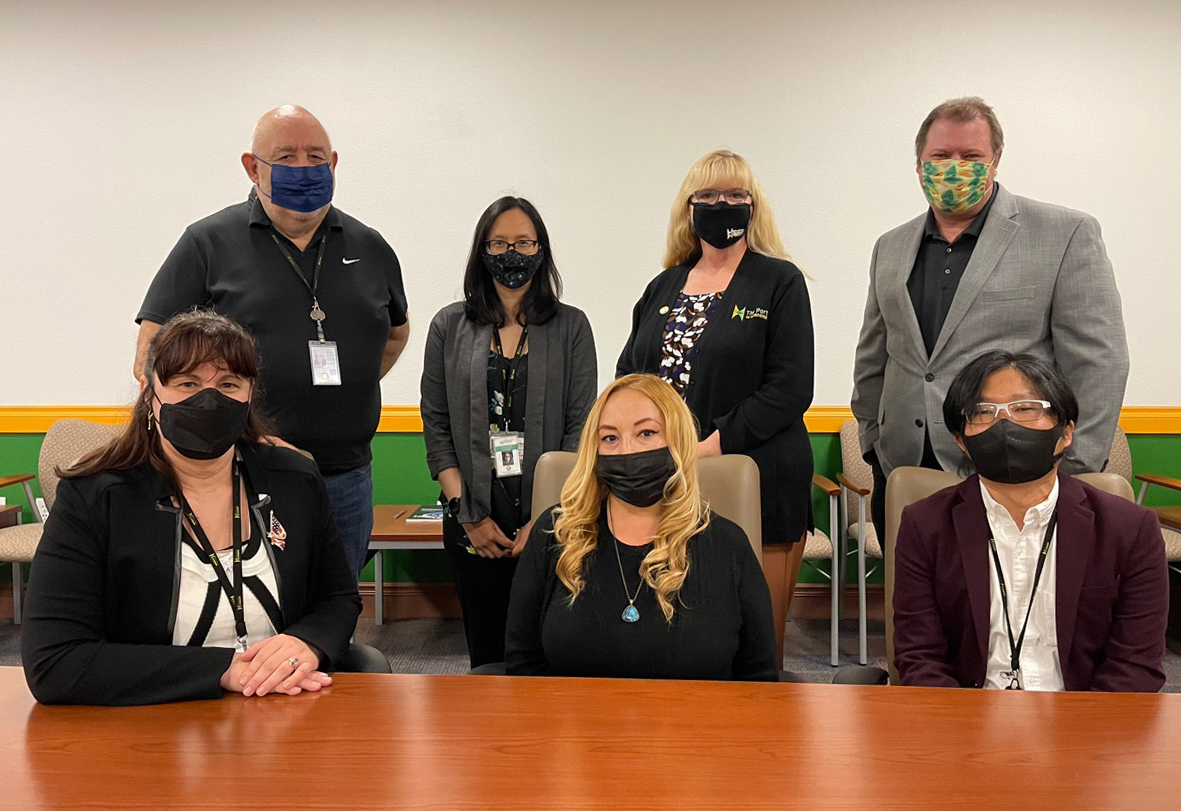 According to GFOA, the Certificate of Achievement is the “highest form of recognition in the area of governmental accounting and financial reporting.” Achievement of this award represents a significant accomplishment by a government and its management.

“It is a tremendous honor to have the Port of Hueneme receive this award for an eleventh straight year. This achievement is an affirmation of the reporting, record keeping, and sound financial standards that our Commissioners and Port staff conduct on a consistent basis,” said Andrew Palomares, the Port’s Deputy Executive Director & CFO/CAO. “Our CAFR was thoroughly reviewed by independent auditors, professional financial statement preparers, academics, and other finance professionals which is testament to the rigor of the selection process.”

The GFOA established the Certificate of Achievement for Excellence in Financial Reporting Program (CAFR Program) in 1945: “To encourage and assist state and local governments to go beyond the minimum requirements of generally accepted accounting principles to prepare comprehensive annual financial reports that evidence the spirit of transparency and full disclosure and then to recognize individual governments that succeed in achieving that goal.”

Founded in 1906, the Government Finance Officers Association (GFOA) represents public finance officials throughout the United States and Canada. The association’s more than 20,000 members are federal, state/provincial, and local finance officials deeply involved in planning, financing, and implementing thousands of governmental operations in each of their jurisdictions. GFOA’s mission is to advance excellence in public finance. To meet the many needs of its members, the organization provides best practice guidance, consulting, networking opportunities, publications including books, e-books, and periodicals, recognition programs, research, and training opportunities for those in the profession.

In a move to lower the Port’s Unfunded Accrued Actuarial Liability (UAAL), the Oxnard Harbor Commissioners voted unanimously during the November 15, 2021 Board meeting to authorize a deposit of $500,000 into the District’s Other Post-Employment Benefits (OPEB) Trust Account. With the District’s strong reserves position and the markets continued strength, a recommendation was made to proceed with a deposit of half-million dollars to further fund the District’s OPEB unfunded liability to make up for the year the District did not make the contribution due to the COVID-19 pandemic.

The Oxnard Harbor District provides a defined-benefit pension program to its qualifying active and retired employees and to its qualifying active and retired elected officials administered through the California Public Employees Retirement System (CalPERS). The District also provides Other Post-Employment Benefits (OPEB) administered through the CalPERS’ Public Employees’ Medical and Hospital Care Act (PEMHCA). OPEB for the District are benefits other than pensions, such as medical, dental, vision, and life insurance for qualifying vested individuals.

The Port of Hueneme is one of the most productive and efficient commercial trade gateways for niche cargo on the West Coast. The Port is governed by five locally elected Port Commissioners. The Port moves $10.85 billion in goods each year and consistently ranks among the top ten U.S. ports for automobiles and fresh produce. Port operations support the community by bringing $1.7 billion in economic activity and creating 15,834 trade-related jobs. Trade through the Port of Hueneme generates more than $119 million in direct and related state and local taxes, which fund vital community services. In 2017, the Port of Hueneme became the first port in California to become Green Marine certified. www.portofh.org