Market Street.  When officers arrived, they located a subject later identified as Michael Garcia Lazo, near the trash cans to the rear of the museum. Lazo initially fled from officers, however he made a sudden turn and began to run directly towards the officers who were pursuing him.  As Lazo was running, he reached forcefully into his pants pocket.  Officers gave Lazo several commands to stop, but Lazo continued.  Officers deployed a taser to stop Lazo and ultimately took him into custody.

While in custody, Lazo made several statements to officers that he was “protesting” by breaking the windows out to the Historical Society Museum and also admitted to starting a fire in one of the trash dumpsters to the rear of the museum.

The Port Hueneme Historical Museum sustained damage to multiple windows, and the trash fire to the rear of the museum was extinguished by the Ventura County Fire Department.

Lazo was charged with 594(B)(1) PC Vandalism and 451 PC Arson and 148(a)(1) PC Resisting Arrests. He was treated at the scene at by EMS and was booked into the Ventura County Jail.

“The tragic death of George Floyd is an absolute outrage and incomprehensible and does not define the brave men and women that do this job with pride and professionalism every single day… Public trust and accountability is crucial to a safe, inclusive community. We recognize and value the sanctity of human life and we believe all persons should be treated humanely and with dignity.” stated Andrew Salinas, Chief of Police on the departments Facebook page.

As we have seen across the county over the past several days, no community is immune to civil unrest.  The Port Hueneme Police Department has doubled its patrol staffing and will do so every night until the civil unrest is under control. We will continue to serve our community with pride and professionalism and offer a calming and reassuring presence in this otherwise chaotic and difficult time. 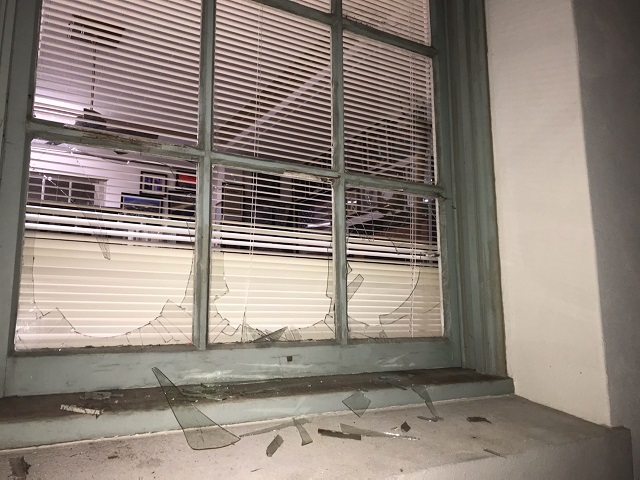 Hopefully this idiot will get a bail set to reflect the seriousness of the crime.