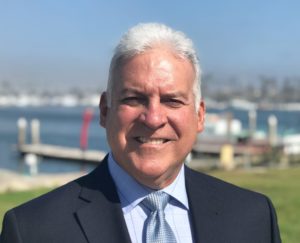 I am writing in response to the article regarding the Fisherman’s Wharf and the recent proposal received for a theme park for that location.  First, I want to clear up mis-perceptions regarding the process used to search for a developer for the Fisherman’s Wharf parcels.  In 2004, the Harbor Department issued a public Request for Qualifications (RFQ) for a developer.  In the RFQ, it stated “The County has two separate but interrelated policy objectives for the property:  (1) near-term restoration of a “normal” level of operation at the center, most likely involving renovation and re-tenanting; and (2) long-term redevelopment as a destination retail center, likely including rebuilding or expansion of the improvements.  The County is open to various approaches to accomplishing these goals, but with the awareness of the length of time likely to be required to process plans for redevelopment and any footprint increases……..As discussed earlier, the County’s primary long-term goal is the transformation of Fisherman’s Wharf into a destination for retail and dining, to be a catalyst for activity throughout the Harbor.”

In 2012, a second RFQ was publicly issued to search for a developer.  In this RFQ, it stated “The County has two separate but interrelated policy objectives for the property:  (1) near-term maintenance of operations at the Wharf: and (2) long-term redevelopment as a destination retail center, which may include the inclusion of rental housing and/or size expansion.”

The result of both of these exercises was that the Harbor Department did not receive any viable development proposals which did not include a residential component, which is what I have said at the public meetings and hearings.  To state that we did not follow a prescribed developer search process is inaccurate, as there is no set process, and in fact the use of a Request for Qualifications encompasses the same search for developers but affords more flexibility with regards to back-end negotiations.  The Harbor Department could have taken the extra step of requiring that the respondents to the RFQ respond to a secondary Request for Proposal, but the RFQ respondents established the only pool of developers available to us, and we were able to meet with  them individually.

The article suggests that the support for the proposed project is primarily from labor unions and business interests, yet the truth is that there are thousands of residents who have voiced support for the project, many located on the beach and around the Harbor.  In fact, when I speak with residents at the Sunday Farmer’s Markets, I normally receive more positive comments than negative comments.  It is true that the Oxnard City Council recently rejected the amendment needed to get the project to the Coastal Commission for approval, but the Coastal Commission has not weighed in on the project because it has not been allowed to be presented to the Commission for approval, modification or denial, as prescribed in the Coastal Act.

It needs noting that the Oxnard City Manager and Planning Director were supportive of the project in 2015 and early 2016.  It is also interesting to note that current Oxnard City staff and the City Council did not seem to have an issue with the residential component of the project, with the density, nor with requested building height, but ultimately denied the request because they wanted to maintain “control” of the development in the Harbor, as stated by most Council Members at the recent hearing.  In fact, the City Council has already approved residential at this site in its 2030 General Plan, and has supported buildings in the Harbor which are much larger than this apartment complex.

The underlying issue between the County and City with regards to the Harbor is that the City does have a certain level of development control because each has a separate planning document which must be substantially consistent, yet the City has no “skin in the game” with regards to financial responsibility for the public areas of the Harbor.  In July  2018, the City stopped maintaining the public areas of the Harbor, and the Harbor Department had to step in.  This action will cost the Harbor Department an estimated $3 million dollars in fiscal years 2019 and 2020.

In light of the City’s financial and housing issues, to stop a project which would generate much needed revenue, would add much needed residential, would improve commercial fishing, would rebuild a decaying retail village, would enhance the uninviting waterfront access areas, and would improve environmental justice by creating an environment inviting to City residents not fortunate enough to live by its waterfront simply to “maintain control” is incomprehensible to me.

The article correctly points out that the County and City recently received a development proposal for the Fisherman’s Wharf site.  In fact, I knew of this proposal in August, and was asked by the proposer to keep it confidential.  At that time, I supplied my cell phone number to the development representative, and have asked to speak with him, but never received a call and have yet to speak to or meet with project representatives, despite the fact that they contend that they have spoken with City officials and have visited the site.

It is an intriguing project and could be a great fit in the City, and although it has generated excitement among Fisherman’s Wharf project opponents, it is far too premature to determine the viability of a project such as this for the Harbor or anywhere else in the City.  The proposal seeks to utilize all of the existing buildings, does not address the commercial fishing wharf or the recreational docks, and estimates one million visitors a year, all of which could be problematic and would need to be addressed.  While Fisherman’s Wharf project opponents point to this project as proof that apartments are not needed, some of those same residents balked at an idea to build an aquarium at the site in the late 1990s.

The truth is that this Harbor is suffering, and has been for a long time.  Businesses around the Harbor struggle because there are not enough residents patronizing their businesses and there is little to attract visitors.  Marinas are experiencing high vacancy rates because of the vacant commercial parcels in the Harbor and boat owners’ desire to dock their boats where there is more activity.  Developers are reluctant to develop here because every development is challenged, even the very popular Toppers, and voting beach and Harbor residents do not want more apartments in their neighborhood.

I will continue to “vision” the Harbor, and to bring in development and economic professionals who will evaluate the Harbor with regards to development potential, economics and resident desires, we will work with the City to keep improving our relationship and work for the betterment of our Harbor and our City, and we will continue to push those developments which are universally supported, such as the Hyatt Hotel project, which is now right around the corner.

I sincerely believe that there are at least 2 other developers who would be interested in these projects specifically Fisherman’s Wharf but nobody is going to toss their hat in the ring as long as the current developer has the ERN on these parcels. I’m wondering if Mr. Sandoval is capable of changing the paradigm around the issue; one which doesn’t include the current developer, furthermore the idea that the residential portion of this project will somehow hedge off a housing shortage (in a city of 200,000) is just ridiculous.