A Ventura County mediation specialist  used his professional skillset to find a way to visit his mother, who was admitted for observation to Santa Paula Hospital after a fall at her home. Kevin Daly was asked and agreed to wear a N95 mask when he entered VCMC at 300 Hillmont Ave, Ventura, CA the evening prior, to visit his mother who transported there earlier that evening.

Problems with access to his mom began the following day. Mr. Daly was informed she was scheduled to move to the County facility in Santa Paula, for continued observation. When Mr. Daly attempted a visit in Santa Paula at 825 N 10th St, Santa Paula, CA, he was informed by staff that without proof of vaccination or a COVID Negative test within 72 hours of his visit, visits in their facility are prohibited. Naturally, Kevin questioned this, as he had visited his mom at the Ventura VCMC facility the evening before. His objection resulted in an escort from the Santa Paula hospital by security personnel, and threats with trespass if he returned unvaccinated. He was forced to visit with his mother through a window. 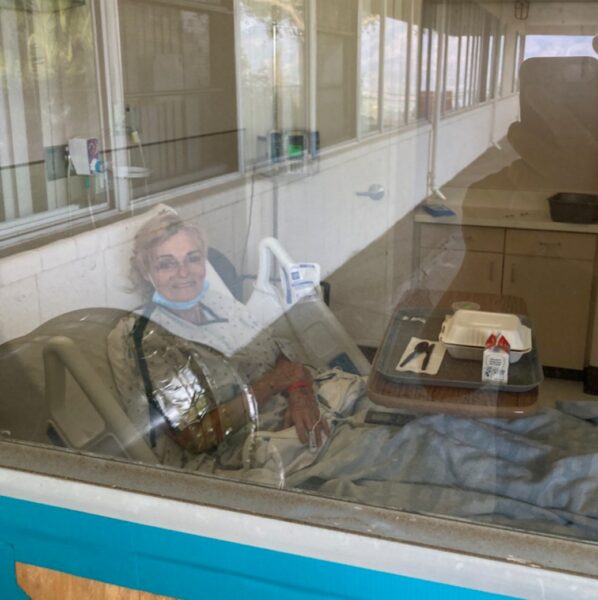 On his exit from the Santa Paula hospital, he took the following picture of the placard which outlined the facility policy. 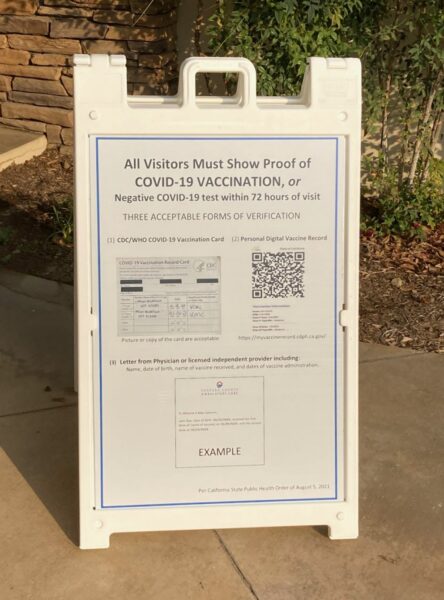 Mr Daly stated hospital staff did not mask his mother at either facility, as evident in her photo in her Santa Paula room. She was transported without a mask to both facilities via EMT personnel. He was given a vented N95 mask(which protect only the wearer) for his visit in Ventura with no other requirements. Hospital personnel were wearing surgical(non N95) masks at both facilities, which have very low efficacy to stop ANY contagion.

Upon his removal from the Santa Paula facility, Kevin contacted Ventura County District 1 Supervisor Matt Levere, and learned through an email exchange there is no such vaccination requirement in Ventura County facilities. In short order, he received a phone call from the Nursing Supervisor in Santa Paula that confirmed a vaccination was NOT required for visitors. In addition, Sherri Block RN, who headed the Nursing Department in Ventura County called Mr Daly and clarified as well there is no requirement of vaccination to visit a patient in ANY County facility.

Kevin Daly expects to visit his mom with no further conflict with medical staff, and his decision to stand up for his need to visit his mother at the hospital is a testament to question rules which seem arbitrary, overly restrictive, and NOT supported with science.

Chris Bailey is a reporter-at-large of citizensjournal.us, a business owner, military veteran and longtime resident of Ventura County