Share
Facebook
Twitter
Linkedin
ReddIt
Email
Print
Telegram
Ventura, Calif. – The City of Ventura recently received a donation for 42 Chromebook laptops from the Ventura Downtown Lions Club.
“These laptops will mean so much to those who use the Westpark Community Center. Many of the families in the area can’t afford personal computers. These laptops will have a positive community benefit once we’re able to reopen our facilities,” Mayor Sofia Rubalcava stated. “Thank you to the Ventura Downtown Lions Club for generously supporting our families living on the westside.”
The Chromebooks will be available at the Westpark Community Center for students to use for after-school academics during normal business hours of operation.
Since 1923, the Ventura Downtown Lions Club has been serving the community in actively seeking to strengthen and support the area’s civic, cultural, social, and moral welfare.
“The Lions Club enjoys giving back to local youth and has been a longtime supporter of the Westpark Community Center and its after-school programs. Our members are glad to help those in need and serve the families in our community,” said Jon Youngerman, Downtown Ventura Lions Club President. “I would like to recognize Community Services Chairs Steve Shaw and Randy Jewell as well as Lion Chris Brashears who were instrumental in coordinating these donations.”
For information about the Westpark Community Center, visit www.cityofventura.ca.gov/Westpark or contact Recreation Supervisor Chip Tarleton at [email protected].
For more information about the Downtown Ventura Lions Club, visit www.venturalions.org. 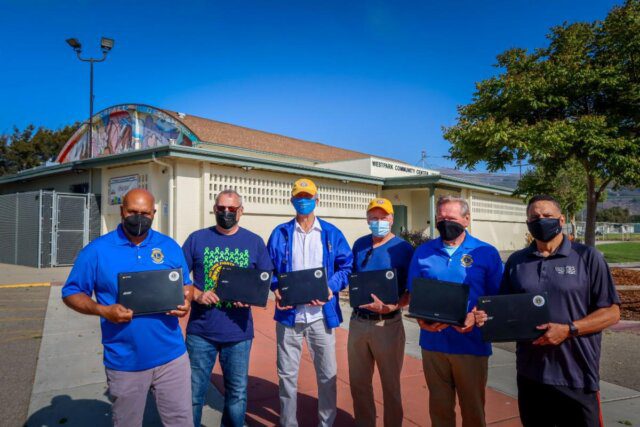