On December 10th at 10:44 AM  the Ventura Police Department Command Center received a 911 hang-up call from a residence in the 200 block of Burl Ave. On callback, the female victim reported she was involved in a physical domestic with her boyfriend, later identified as Daniel Vargas. When officers arrived on scene, Vargas was reportedly inside the residence and when contacted by phone, said he was not going to cooperate with officers. Vargas also threatened officers and said he was armed with a knife.

As officers continued to negotiate with Vargas on the phone, it was determined he had left the residence prior to officers arriving on scene and was on foot in the area.

Ventura Police motor officers began helping with the search and located Vargas on the bike path near the Community Park on Kimball Rd. Vargas, who was still armed with the knife (see attached), displayed the knife in a threatening manner towards the officers and fled onto Highway 126. Additional officers responded and attempted to detain him. At one point, Vargas raised the knife up and while advancing towards officers, threatened to harm them if they did not shoot him. Officers continued to give Vargas orders to drop the knife, but when he refused to comply, officers deployed a taser. The taser was not effective in stopping Vargas, who continued to advance towards the officers. A Ventura Police K-9 officer then deployed his K9 (Bolt), which allowed officers to take Vargas into custody without further incident.

Vargas was treated at a local hospital for his injuries. After being medically cleared, Vargas was arrested for attempted murder, felony domestic violence, false imprisonment, assault with a deadly weapon on a police officer, and felony resisting arrest.

The female victim received non-life threatening injuries as a result of this incident and treated for her injuries. No officers or the K-9 were injured.

During the incident as a precaution, Mound Elementary and Balboa Middle School were put on lockdown until Vargas was located and taken into custody. Ventura Police School Resource Officers responded to both schools. The lockdowns were in place for approximately 45 minutes.

The California Highway Patrol assisted by closing down both directions of Highway 126, while officers pursued Vargas on the highway.

A review of the Ventura County Superior Court website shows that Vargas has a prior conviction for domestic violence in January of 2019. 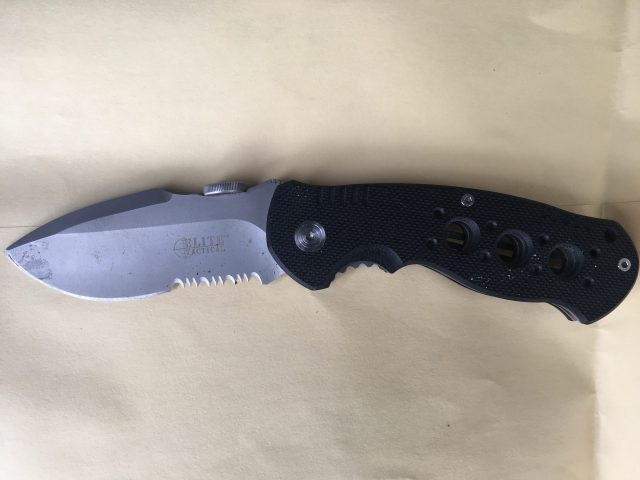