The City of Ventura experienced a 3/10ths of one percent increase in reported Part I Crime in 2020. Overall, Part I Crimes totaled 3446, which was 12 more offenses than were reported in 2019.

The impacts of COVID-19 and the stay-at-home health orders impacted the City’s crime rates this past year. Many residents were home more often, decreasing the likelihood of residential burglaries, while commercial businesses were burglarized at a higher rate due to business closures and restricted hours of operation. Arson saw the most significant increase, and many of those crimes occurred in the watershed areas or were trash fires 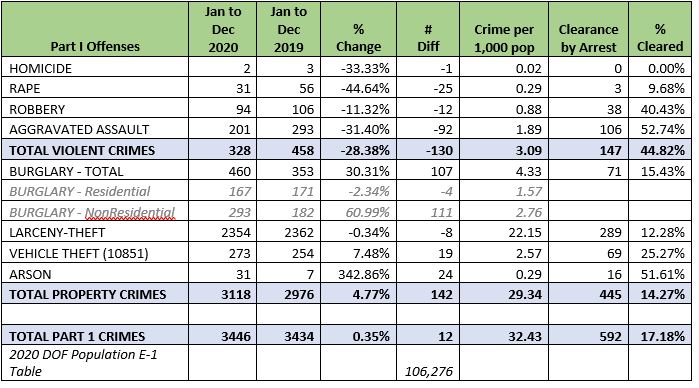