Om March 20th at 6:29 PM the Ventura County Fire Communications Center received a report of a traffic collision with possible entrapments at the intersection of Telephone and Johnson. A fire response was dispatched, and the first engine found two vehicles involved in the traffic collision with one person trapped. The first in engine quickly took command, controlled life hazards, and provided patient care for four victims. Traffic was controlled by Ventura Police Department and the jaws of life were used to safely extricate one patient. All four patients were loaded by Ventura City Fire into American Medical Response ambulances and transported to local hospitals, where they are receiving additional care.

No public safety personnel were injured during the incident. 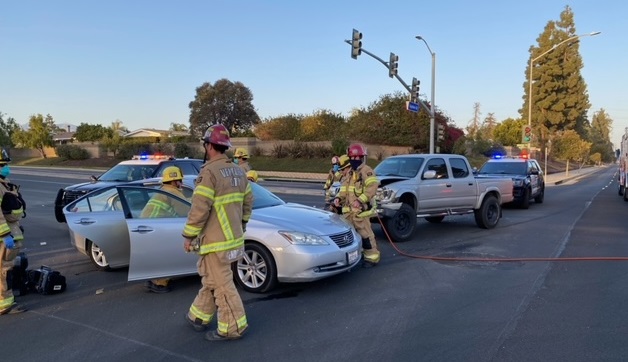