On 09/18/19, the Sheriff’s Gang Unit concluded a two month investigation into the illegal firearm possession of Ventura resident, Adam Neary. The Sheriff’s Gang Unit served a search warrant at Neary’s residence in the 600 block of Thompson Blvd. in the City of Ventura. Deputies from the Headquarters Patrol Station, Main Jail Classification Unit and Camarillo Special Enforcement Detail assisted with the execution of the warrant.

During the warrant service, deputies discovered paraphernalia associated with explosive device manufacturing. The Sheriff’s Bomb Squad responded to the residence and recovered the items after deeming the location safe.

Neary was arrested and booked at the Ventura County Main Jail for firearm and narcotic related offenses. His bail was set at $500,000. Neary’s next scheduled court appearance is set for September 20th 2019.

Anyone with further information regarding this investigation and/or any illegal firearm possession information is encouraged to contact the Ventura County Sheriff’s Gang Unit at 805-654-2856. 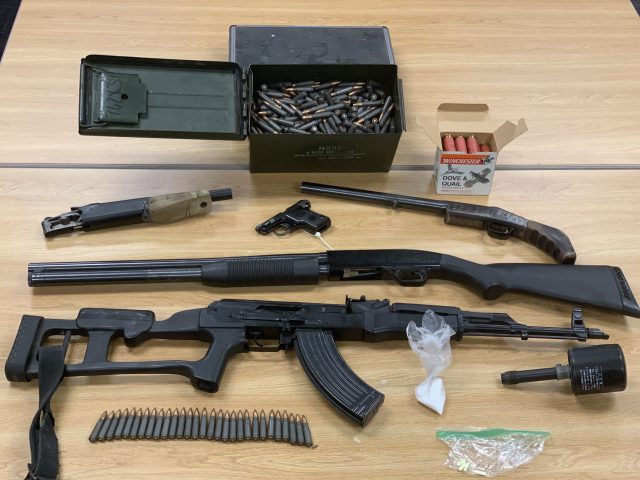