After more than 33 years of service with the City of Ventura, Police Chief Ken Corney has announced his retirement effective 12/31/19. In reflecting on his career, Chief Corney said that “it has been a tremendous honor to work alongside the dedicated men and women of the Ventura Police Department, and to serve our community.”

“For more than three decades, Chief Corney has served our community with honor and distinction. He is a model of integrity and professionalism and it has been an honor to work with him,” stated City Manager Alex McIntyre. “He epitomizes the values of teamwork, leadership and public service. He has dedicated his career to improving the quality of life in our community and responding to the significant public safety issues faced by cities throughout our state. The City of Ventura is a safer community thanks to the work of Chief Corney. He has led the Ventura Police Department with heart and humility transforming the service of the agency.”

City Manager McIntyre has recommended that City Council selects Chief Corney to serve as the Interim Police Chief while a professional recruitment is conducted to select the next Ventura Police Chief. The City Council will vote on this recommendation at the City Council meeting on Monday, December 9. “The Ventura Police Department has great leadership,” said City Manager McIntyre. “An open recruitment to the process is important for transparency and community input. This process doesn’t preclude an internal selection.

The recruitment will help determine the best individual to lead the agency.”

The City will retain a professional recruitment firm to conduct a search in order to find the best candidate to fill the Police Chief position. 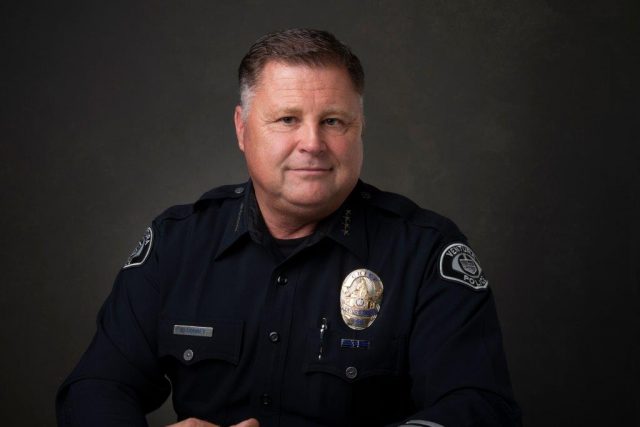 That makes me feel old. I coached Ken Corney when he played flag football in the city rec league. Now here he is retiring.