Share
Facebook
Twitter
Linkedin
ReddIt
Email
Print
Tumblr
Telegram
Copy URL
Sponsored - Job Posting
Today’s Communist Insurrection
1:00pm-2:00pm Eastern on Wednesday, 22 July 2020
The violence plaguing many of America’s major cities may be seen by some as a reaction to the death of George Floyd in Minneapolis, but a closer examination indicates that there is much more involved. The violence has largely been perpetrated by Antifa and the Black Lives Matter (BLM) movement. Antifa is Maoist in its philosophy and BLM was founded by self-described Marxists. What we are seeing is in fact a communist insurrection aimed squarely at the United States Constitution.
Featuring:
Christopher Holton, Director of State Outreach, Center for Security Policy
Diana West, Nationally syndicated columnist, blogs at DianaWest.net
July 22, 2020 01:00 PM in Eastern Time (US and Canada) 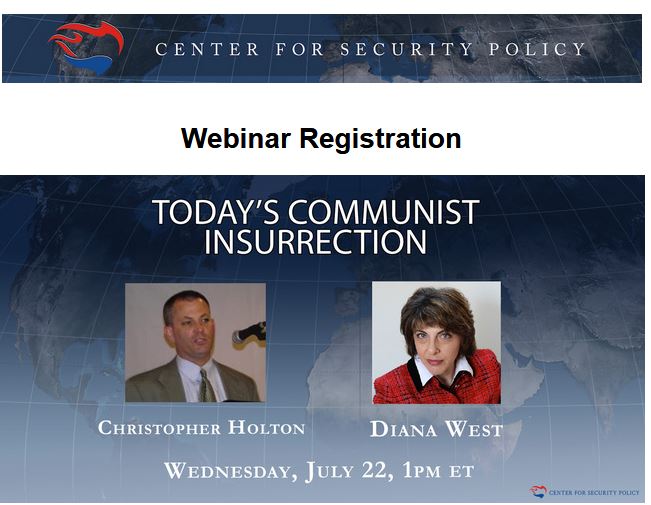