Were Pensions Benefits Retroactively Enhanced Without Notifying the Public?

The case, George Luke vs Sonoma County, is based on California Government Code Section 7507, which prohibits adoption of retirement benefit plan increases unless the approving agency first (1) retains an enrolled actuary, (2) who prepares an actuarial report, (3) which estimates future annual costs of the increases, and (4) the estimate of future annual costs are made available to the public at a meeting at least two weeks before the agency approves the increases.

The lawsuit was originally filed in 2017 and dismissed the following year by a trial court judge who said it didn’t meet statute of limitation requirements. But in his initial appeal, Luke is arguing that his claim isn’t barred by the statute of limitations since his taxpayer dollars are still going toward the increased benefits.

This week the most recent development in this appeal is a reply brief filed with the first appellate district court which argues “the judgement of dismissal must be reversed because the lower court misapplied the doctrine of continuous accrual.” The plaintiffs argue that the legal doctrine of continuous accrual means that each time pension benefits are recalculated – which would be every time the County makes a pension payment – the clock is reset on the statute of limitations.

Pension reform activists throughout California may wish to read “A New Approach to Pension Reform – How to Prepare,” written by Sonoma County pension activist Ken Churchill in March, 2019. This article explains in plain English how California Government Code Section 7507 may have been violated by agencies that granted pension benefit enhancements between 1999 and around 2006. The article also presents step-by-step instructions for anyone wishing to investigate this possibility in their city or county, both in terms of how to look for statutory violations, and in terms of what specific public records can be requested to document possible violations.

Pension reform activists also may wish to have expert legal review of the most recent appellant’s reply brief, which can be downloaded here.

The stakes could hardly be higher. Pension funds in California, despite a runup in the value of investments in stocks, real estate, and bonds, that has lasted for over a decade, are only about 70 percent funded. Even now, as the inevitable end of a prolonged bull market draws nigh, CalPERS and the other major California public employee pension systems have only lowered their projected average annual return percentage to 7 percent. Even if they achieve that rate over the next several years, CalPERS has already announced that most of their client agencies will need to nearly double their annual employer contribution rates over the next five years, mostly to pay off the huge unfunded liability associated with being only 70 percent funded.

The impact of the pension benefit enhancements that began in 1999 cannot be easily overstated. A typical pension benefit is based on the following formula: Years worked, times annual salary paid in final full year of employment, times a percentage “multiplier.” Back in 1999, for example, a California Highway Patrol Officer typically had a pension formula based on a multiplier of 2.0 percent. That is, when they retired after, say, 30 years of work, their pension would be calculated based on their final salary, times 30 times 2.0 percent, i.e., their pension would be equal to 60 percent of their final salary.

If that were all there were to that revision, one would expect that for years prior to 1999, the retiree’s multiplier would remain 2.0 percent, and for years they worked after 1999, it would be set at the new 3.0 percent. But the revisions to pension formulas went well beyond increasing the multiplier by 50 percent for years of work in the future. These multipliers were changed retroactively, meaning that the new higher multiplier applied to past years of work as well. In practice, this meant that for someone who worked 30 years and was retiring in 2000, one year after the benefits were enhanced, they would get 90 percent of their final salary as a pension, instead of 61 percent (29 x 20% + 1 x 3.0%).

It gets worse. These pension benefit revisions also lowered the age at which a retiree is eligible for full pension benefits from 55 to 50. A recent analysis by Ken Churchill, looking at the impact of these changes in Sonoma County, found that for public safety employees, the average age of retirement fell from 57 prior to the pension benefit enhancements to only 52 after the increase. This compounds the impact of enhancing pension benefits. Lowering the age of eligibility to receive a pension didn’t just happen in Sonoma County, it happened almost everywhere. Receiving pension benefits, on average, five years sooner, not only increases the amount of the lifetime pension payments by five years worth of payments, it also lowers the amount of pension contributions into the fund by five fewer years of work.

Beginning especially around 2009 when markets around the world endured a severe downward correction, pension activists have succeeded in making pension reform a recurring topic for policymakers. But undoing the financial damage caused by the wave of benefit increases that swept through California’s public agencies between 1999 and 2006 has proven very difficult.

In 2013, the PEPRA (Public Employee Pension Reform Act) legislation restored pension benefits for new hires back down closer to pre 1999 levels. But the so-called “California Rule,” an interpretation of California contract law that has prevailed thus far in court battles, has prevented changing pension benefit multipliers, even if only for future work. The moral justification for this escapes a lay observer, insofar as multipliers were increased not just for future work, but retroactively.

The ongoing litigation on the issue of failure to notify the public of the future annual cost as required by Government Code Section 7507 violations of due process may provide another avenue on which to apply pressure for meaningful pension reform. Defined benefit pensions, when they are based on reasonable multipliers and conservative rate of return assumptions, can remain a financially sustainable way to provide retirement security to public servants. 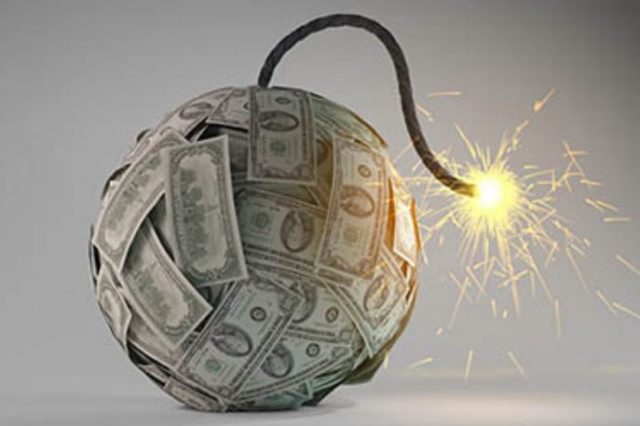