I volunteered to be a poll worker in the Santa Maria area of Santa Barbara County for the presidential election of 2020. I was assigned to work at Orcutt Junior High School, in the small agricultural city of Orcutt, here is what I learned.

Poll Work and Location: On the first day, of a four day work assignment, at around 8:30 am, about 16-20 volunteer poll workers (the number of volunteers varied throughout the day and into the four day assignment), gather around our two designated supervisors who provided us our four day assignments. The two supervisors reviewed our assignments and our specific station duties and responsibilities. The poll worker team at my location was a healthy representative cross section of the community. We had folks from all ages. We had a number of very young Latino youth, including a super bright 16 year old young Chicana, lots of retired seniors, like me, and more women than men.

To a person each poll worker carried out their duties with a solemnity and purpose that was genuine and heartfelt. We all took our assignments very seriously, but we had a great time serving our community. Our core mission was to make sure that we made every effort possible to assure that each and every one of the voters that came to the polls were treated with respect and dignity and exercise their right to vote. At the end of the gruelling four day poll work assignment I am proud to report that I believe we were able to accomplish this goal. No one that was registered properly to vote and wanted to vote was denied. By the end of the fourth day (we had now worked four straight days from 8:30 am to 6:30 pm, the last day until 9:30 pm), we had coalesced as a proud American family that had done our volunteer work in the service of our community and nation.

The Electorate: I was assigned to be a bilingual greeter (along with 4-6 other greeters), working up front to meet the incoming voters as they walked into their local precinct to vote in person or drop off their ballots. We directed them to the appropriate stations and tried to answer questions or concerns about the voting process. When we were in doubt, we would summons a supervisor to assist the voter. While I do not know the official count of registered voters that we had the honor of serving, I believed we worked with over 500 voters. 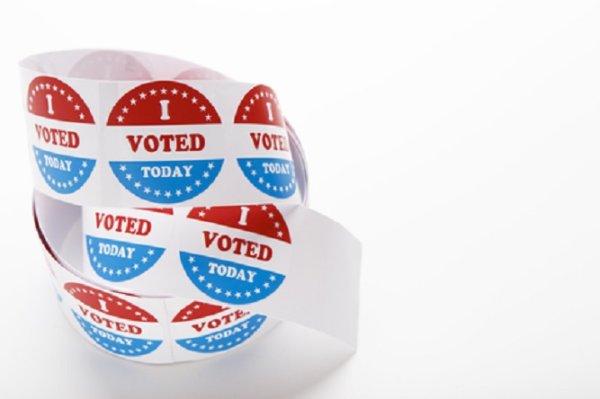 The vast majority of the voters at our precinct were white, with only a handful of Latino and Black voters in the mix. This approximate number of 500 voters is important because what I saw and felt as a “frontline” greeter was the almost universal angst that the voters exhibited as they came in to cast their ballot. This was no ordinary election and the registered voter wanted to make sure that her/his vote was going to be officially counted, and not somehow or in some way discarded, lost or otherwise ignored. This voter concern of some nefarious or illegal action that would nullify their vote was voiced with angst and concern throughout the course of the four days. We had a few angry voters, they were all were treated with the utmost respect and they all voted. The incessant and vitriolic disinformation political campaigning wars that have been levelled on the American voter in this election had been insidiously effective. Many of our voters were spooked, concerned and at times angry. I made every sincere effort to assure every voter that that their sacred vote would be counted.

One important and lastly impression that I got when the final voting day was completed was that every single voter that we greeted and subsequently cast their vote did so with the utmost reverence and respect for the voting process. No one took their solemn privilege as an American and a registered voter lightly, their own act of voting, more than anything else, legitimized the process in their hearts and minds.

Final Impressions: I volunteered to be a poll worker in this 2020 Presidential Elections because like so many other Americans, from every possible political strip or affiliation, had the real senses that the very survival of republic was in peril. I wanted to do my small part to make sure that every registered voter, including our immigrants, minorities, youth and first-time voters that exercised their solemn privilege to vote felt safe and welcomed in our local electoral process. I believe in my heart that our team did the very best we could to accommodate and help each and every one of the voters make their voting experience memorable and empowering.

Poll work at the local voting precinct is as grass roots level as your get in the American electoral process. It is by no means rocket science, but it is a majestic and transparent very hands on manually intensive process and I would recommend it to any one that has any concerns or doubts about ballots being mishandled, lost or discarded. At the local polling location as a poll worker you get the opportunity to see and participate first-hand in the entire voting process. From the initial greeting of the walk in voter to the final manual preparation of the ballots that are then placed in a secure and sealed official election box to be transported to the county elections offices for final tabulation and count. As  poll workers we all witnessed the local polling process, it was quite a civics lesson.

The effectiveness, purity, and sheer beauty of the American voting process at the local polling location is that from start to finish it is  conducted and controlled by a team of trained and well supervised local volunteers (like me and you) that are stepping up to do their small part for our democracy. God help the man or women that comes into the sacred poll location with ill intent or a personal agenda in mind, he/she would quickly be identified, called out, and respectfully thrown out immediately. I marvelled at the fidelity and single minded purpose that was demonstrated by every single volunteer that I worked with, it was a humbling and transformative experience for me.

At the end of the final night of poll work, I walked out to my car with a big smile on my face, with the satisfaction of knowing that I had just participated in a very important and sacred part of our American electoral process. And that our team had done a wonderfully honest, transparent, inclusive, and patriotic job. No matter the outcome of the 2020 Presidential Elections, I know now more than ever after my work as a poll worker that our nation will be fine. As long as patriots like my poll worker family continue to step up preform the unglamorous, yet very vital, work of participating whenever possible in any of the many jobs and duties that are required of all of us to maintain this nation a vibrant democracy, and free form those evil forces that would like to tear it down. With American patriots like I worked with this presidential election cycle this nation is in great hands.

Thank you for your service and wonderful letter

Thank you for your service. I appreciate the Citizen’s Journal’s willingness to publish this.