What You Can Learn From Uninvited Fact Checkers

If you choose the latter, you will be careful to follow the 100-plus years of science and not make the mistake the megaphoned folks are clearly making – – –

The mistake is being made worldwide to report virus-related deaths as soon as it is established that the virus was present at the time of death — regardless of other factors. This violates a basic [100-year-old] principle of epidemiology: only when it is certain that an agent has played a significant role in the disease or death may [that] diagnosis be made.” –Virologist Dr. Sucharit Bhakdi in his letter to German Chancellor Angela Merkel [italics emphasis added –lrw]

So here’s an example of that science being applied correctly in the case of 23 “elderly people” who died after receiving the Pfizer vaccine (the total was later revised upward to 44 deaths, but the logic remains the same) – – – 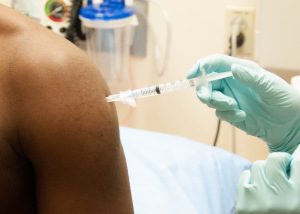 Norway is vaccinating residents of care homes, including those with serious underlying diseases. On average, 400 people die each week in nursing homes and long-term care facilities in the Nordic country. Therefore, it is expected that some among this population would die from unrelated causes after receiving the vaccine.

As of Jan 18, the Norwegian Institute of Public Health had investigated 13 of the 23 reported deaths, and had not concluded that the vaccines were to blame. Camilla Stoltenberg, the head of the agency, told a news conference: “These are people who are very old, are frail and have serious diseases…It is not a given that this (the deaths) represents an overmortality or a causality.” (here)… –Fact check: Discussion of deaths in elderly vaccine recipients in Norway lacks context | Reuters

So, before these deaths can be legitimately attributed to the vaccine, each death needs to be carefully investigated. And, even though the vaccine was clearly given in close proximity to the death, according to that 100-year-old science, whether or not the vaccine indeed “played a significant role in the disease or death” must be certain before that diagnosis can be made.

Kudos to the Norwegian Institute of Public Health! And in this case, to the uninvited fact checkers.

This is not only how over 100 years of epidemiology has done it, it’s also the way CDC’s own Medical Examiners’ and Coroners’ Handbook instructs the medical fraternity to do things and the way everyone’s done it for over 100 years. Until now.

The answer is a resounding “NO!!” Instead, as Dr. Deborah Birx of Trump COVID Task Force Fame confessed “…in this country we’ve taken a very liberal approach to mortality. There are other countries that if you had a preexisting condition and let’s say the virus caused you to go to the ICU and then have a heart or kidney problem some countries are recording as a heart issue or a kidney issue and not a COVID-19 death. Right now…if someone dies with COVID-19 we are counting that as a COVID-19 death.” –RealClearPolitics |VIDEO|

In fact, the main other country that absolutely wouldn’t use that very liberal approach to mortality — and dishonestly count deaths from “let’s say a heart or kidney problem as a COVID-19 death” — was the former pre-COVID-19 United States of America.

“There was a report in Orlando a week or so ago, where you had someone in a motorcycle accident [die], unfortunately,” the governor [DeSantis] recalled. He said the motorcyclist’s death was categorized as due to the novel coronavirus outbreak in Florida, “just because the person had previously tested positive.” –Florida Gov. DeSantis Suggests COVID Death Toll Is Inflated

And there was this example from Dr. Brownstein which the FTC forced him to take down – – –

I have a friend whose 95-year-old mother was hospitalized for COVID. On day two of the hospitalization, the patient died of a massive heart attack. Guess what the primary cause of death was listed on the death certificate? If you guessed COVID-19, you win the prize…. Because of this, COVID will be diagnosed as the cause of death far more than it should. –Dr Brownstein | Fake COVID-19 Death Numbers [As you can see, The Federal Trade Commission coerced Dr. Brownstein into taking that page down.]

And, a friend of mine’s father is another unfortunate but iconic example.

He tested positive for COVID-19 and had been suffering from diabetes for a long time. He had gangrene in one foot. The doctors recommended amputation but he refused. He had a sweet tooth and so the family decided to put him in a care home, believing that would control his sugar consumption. He discovered he could use his laptop to get WAL*MART to deliver his sweets.

Finally amputation was the only alternative and they hospitalized him to do it. With the stress of the anesthetic, losing the foot, the pain medications, being hospitalized etc. his kidneys failed. He refused dialysis and of course died as a result of kidney failure.

His death certificate lists COVID-19 as the cause of death.

These aren’t flukes. The very liberal standard Dr. Birx revealed is that if someone tests positive and then dies of pretty much anything in the next 28 days, they record that as a COVID-19 death.

As layed-out here, only about 10 of every 100 reported COVID-19 deaths are actually caused by COVID-19. So, to get honest numbers, just divide the official bull pucky by 10.

The trauma of hospitalization plus the potential risk for medication errors, antibiotic resistance and ventilator-induced lung disease, along with sunshine vitamin D deprivation, suggests hospitalization itself may be too traumatic and hazardous for many patients, especially the frail elderly…. The death rate was slashed 19-fold with use of telemedicine and stay-at-home treatment. … –Doctors Slash COVID-19 Mortality Rate From 5.8% TO 3/10ths of One Percent With Telemedicine, Home Treatment

There are other things you can learn from uninvited fact checkers too. Notice that the Norwegian Institute of Public Health had only investigated 13 of the 23 reported possible vaccine-linked deaths to some degree. And while the spokeslady was quoted as saying “…It is not a given that this (the deaths) represents an overmortality or a causality [by the vaccine]” neither is it a given at this point that these deaths weren’t caused by the vaccine.

This sort of thing should have already been thoroughly investigated as has been established as the sound scientific policy for vaccine development. That’s why it takes about six years of testing and observation before a vaccine is certified as relatively safe and effective.

Keeping that in mind — and that we older folks are more susceptible to side-effects and our weaker immune systems are less likely to produce a robust antibody reaction anyway — you might want to think twice before taking the gamble, as have a surprising number of health care professionals.

The Best of L. Reichard White

L. Reichard White [send him mail] taught physics, designed and built a house, ran for Nevada State Senate, served two terms on the Libertarian National Committee, managed a theater company, etc. For the next few decades, he supported his writing habit by beating casinos at their own games. His hobby, though, is explaining things he wishes someone had explained to him. You can find a few of his other explanations listed here.