What’s In The “COVID VACCINE”?

By The People’s Chemist

Elemental sodium is shiny, pliable, and can blow up your lab in seconds. It’s the rogue element of the periodic table. In comparison, helium is the clown. I use it at birthday parties to lighten my voice into the soft whimper of a millennial. Whether it’s being explosive or life-saving, elemental sodium can do many things: purify your lab creations, convert fat to anti-viral soap, or de-ice your plane before it flies over the snowy mountains of Colorado. This was one of my early lessons as a young chemist in graduate school: you have to know the behaviors of the elements, or forever be a slave to them. Same is true for understanding how medicines work.

On November 18, 2020, Pfizer issued a press release saying their COVID-19 vaccine was 95% effective “for the prevention of coronavirus disease.” I stumbled upon this “news” after grinding my coffee beans into a fine dust. I wondered, “Since when did press releases trump science?” It was all a lie courtesy of statistical contortionism. No virus had been isolated, no double-blind studies had been performed, and not a single government agency had sifted through any research results.  Pretty terrifying for patients, a God-send for an industry shielded from liability by the US government.

Regardless of this blatant marketing push, the U.S. Food and Drug Administration (FDA) issued the first Emergency Use Authorization (EUA) of the vaccine. The Pharma-controlled media hyped it as a “remarkable discovery.” Play that phrase on television enough times, and unquestioning masses will eat it up and assume it to be truth. Like many times throughout history, the public was too excited from the “spin” to see the obvious conflicts-of-interest.

Would a pharmaceutical drug company ever warn people of its products’ dangers? Would it ever disclose the full ingredients list? Would the pharmaceutically-compliant media ever run a story on the dangers? If not them, then who?

This charade of creating demand to sell poisons mirrored the horrific use of Zyklon B for “Jewish resettlement.” This time, they were justifying it with “science,” which is hilarious to me considering everyone I knew in high school and college avoided science like the plague.

The vaccine-excitement was palpable worldwide. You would have thought the billion-dollar, organ-harvesting ring that plucks body parts from foster kids and prisoners—organized by Big Pharma, US politicians, and Chinese officials— was once and for all put to an end. But no. It was just another “synthetic medication” arriving courtesy of Big Pharma.

Aunt Helga and Grandpa took to social media to quip about how badly they’d suffered from their loss of taste, thanks to the merciless coronavirus. They thanked their Pharmaceutical Masters for bestowing the experimental vaccine upon them. President Trump even played his role perfectly, insisting the jab was “unpainful…so everybody, go get your shot.” It was proof that our phones had become the real weapon, constantly spewing virus propaganda and the corresponding vaccine that would save us all from each other and restore our freedoms, as long as we complied.

The world stood at the precipice of the unknown and jumped in headfirst. Politicians, leading health experts, and even Uber drivers were ready to stick us all with their Needles of Bullshit (NOB). People were promised free donuts, hamburgers, beer, baseball game tickets, and joints if they pulled up their shirt sleeve to get the shot. Most doctors, teachers, and members of the mainstream media didn’t question anything…and the ones who DID were blatantly censored, mocked, and attacked. Nobody even knew what was in the damn shot. It was the most epic, comic-tragedy the world has ever seen.

1. As highlighted by Kristina Olney, director of government relations for the Victims of Communism Memorial Foundation, “The United States and the international community have remained silent on the forced organ harvesting issue, despite the evidence of this practice, for far too long.”

I didn’t have to google “COVID-19 vaccine ingredients” to know the main ingredient.

I already knew: a major dose of the medical industrial complex (MIC).

In 1980, Dr. Arnold Relman wrote an editorial for The Journal of The American Medical Association (JAMA), warning that, “The Medical-Industrial Complex represents a private health-care industry of huge proportions.” The MIC has become a powerful political force that exerts “considerable influence on national health policy.”

MIC was the same ingredient tossed into every worthless, risky drug I made when I was employed as a bench chemist for Big Pharma. It’s what drove drug companies to bury risks and play up the successes of their products. Obviously, this is why I didn’t get a COVID jab. (Plus, I can afford my own marijuana.)

Once injected, the MIC influences people’s thinking and creates a strange sense of dependence on “the system.” This mental and pharmaceutical slavery is the result of brainwashing. Eventually people start to believe in arbitrary dictates that claim:

10 Commandments of Needles of Bullshit

Hell, these were the “10 commandments of NOB”—needles of bullshit—AKA the new religion that tried to take over humanity. These false ideas were pushed for influence, control, and profit. (Business as usual.) It didn’t matter that the vaccine “approval” lacked every moral value and principle in medicine and bioethics.

The MIC created so much fear and terror, hundreds of millions strapped on their running shoes for the first time (LOL) and raced to the nearest parking lot or gymnasium to get their jab…all in the name of “science.” Unlike my teenagers who ask, “What’s in a hot dog?” millions refused to even ask what ingredients were being stabbed into their arm. (Asking questions is bad and grounds for being “fact-checked.”) The religion of “science-ism” had taken over.

Your COVID shots may or may not officially be a vaccine. The US Department of Health and Human Services says a vaccine “is made from very small amounts of weak or dead germs that can cause diseases — for example, viruses, bacteria, or toxins. It prepares your body to fight the disease faster and more effectively so you won’t get sick.” Therefore, by definition, the Pfizer shot is an experimental medicine, perhaps even gene therapy, since it doesn’t carry a weak or dead virus. 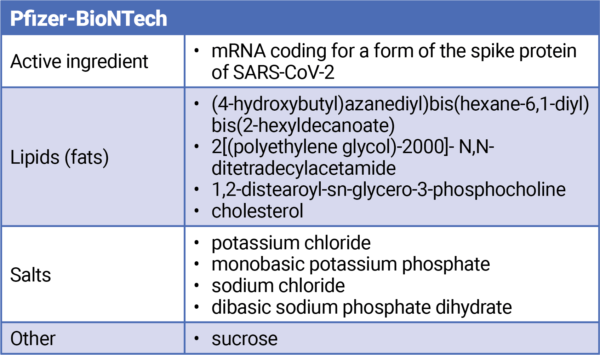 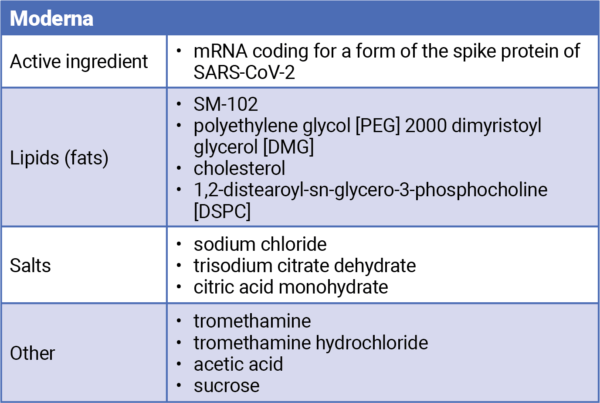 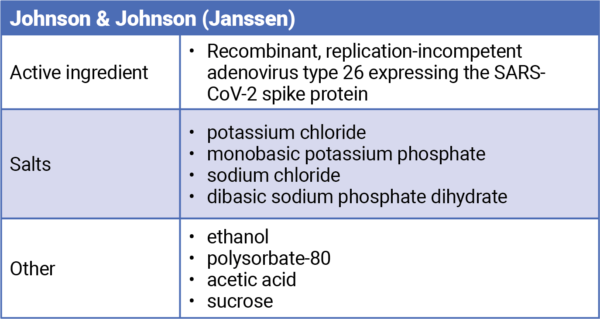 One quick glance at any single ingredient in the COVID shot, and even a buffoon would take their chances with a virus that has a 99 – 99.7% recovery rate, over a chemical shit storm being poked into their arm. If that’s not enough logic for you, what about the reported side effects?

Here’s a laundry list of other vaccine-induced side effects that await, over the cliff: autoimmune disease, infertility, blood clotting, stroke, heart attack, nervous system damage, Bells Palsy, Epilepsy, MS and enlarged hearts. As time passes, you can bet your Kombucha and “protein cookie” that cancer rates will rise, due to the overt toxicity.