When the Communists are Happy, It’s Time to Rethink Where We’re Headed

America’s ever-tightening, Stalinist “cancel culture” is increasingly resembling China’s “social credit” system, in which you must toe the party line in order to work or obtain medical care and other necessities.

A day after the Georgia U.S. Senate runoff handed the Left its trifecta – control of both houses of Congress and the White House – the Communist Party USA gave notice that this is merely the latest stage in Sovietizing America. 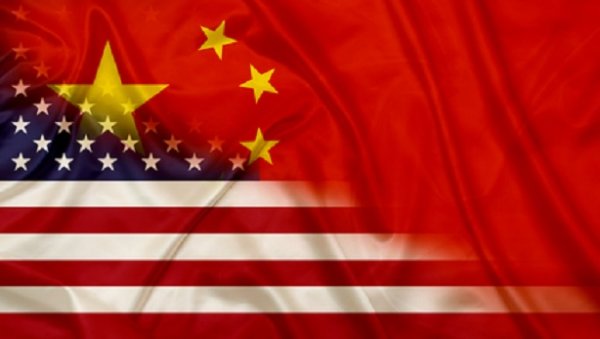 An editorial on the CPUSA’s website acknowledges that the Democrats’ total control may be temporary, so they had better make hay while they can:

“In this context—the ever-present capitalist system and the temporary two years of a Democratic-controlled Congress and White House—what we do in the next two years is crucial,” the editorial says. “After we heave that well-deserved sigh of relief, the class struggle continues.”

Is America ever better off when Communists exude sighs of relief?

The editorial was posted before news broke of the Capitol riot. Just as the Reichstag fire in 1933 gave Germany’s National Socialists an excuse to begin throttling their opponents, the American Left is using the riot to silence dissidents.

Unlike Antifa rioters, who openly advocated the violent overthrow of the U.S. government while torching dozens of cities, the hotheads who broke into the Capitol wanted to delay the electoral vote count for a serious examination of numerous allegations of vote fraud.  What a small crowd from the massive pro-Trump rally on the Mall did was tragically wrong, and it even cost the lives of a police officer and a Trump supporter.

But it was not an attempted “insurrection” and overthrow of the United States of America. As Joe Biden might say, “come on, man.”

Speaking of Mr. Biden, we were told, over and over, that his election would bring unity and healing. No such luck. Right out of the gate, he played the race card, saying the Capitol police would have responded more forcefully if the rioters had been BLM supporters. This is pouring gasoline, not healing.

The Capitol police shot one white woman to death, which apparently wasn’t enough. By contrast, during six months of BLM/antifa rioting in 220 locations, which took dozens of lives, police did not kill a soul.

But, oh, what a gift the Capitol riot has been. Nancy Pelosi, who arguably committed treason by telling the military to check with her instead of the president in the event of war, orchestrated a shotgun second impeachment of President Trump.

Meanwhile, corporate elites are joining Democrats in crushing dissent across all quarters.

Forbes’ chief content officer warned the business world: “Hire any of Trump’s fellow fabulists … and Forbes will assume that everything your company or firm talks about is a lie.”

Facebook and Twitter, both of which censored key information before the election damaging to Joe Biden, cut off President Trump from his more than 80 million online followers. This was so brazen that it was condemned even by Germany’s Angela Merkel, no fan of Mr. Trump.

Facebook also deleted #WalkAway, the site run by a liberal who urges like-minded Democrats to leave their radicalized party. Facebook would prefer that, like the Eagles’ song “Hotel California,” you can join the party anytime but never leave.

Marriot has suspended donations to the handful of Republican senators who called for a timeout – not nullification – before the electoral vote tally.  Salesforce has warned the Republican National Committee not to do any fund-raising that cites allegations of vote fraud.

And on it goes.

Nancy Pelosi has already showed us what we’re in for. She pushed through a rule change for House business to eliminate natural family-and-sex-based terms such as “husband,” “mother,” “son,” “daughter,” “aunt,” “uncle,” along with gender-based pronouns such as “he” and “she,” to be replaced by “parent,” “child” or “they.”

This is the preferred nomenclature of the LGBTQ movement, which now effectively runs Congress and corporate America.

Congress was also treated to an opening prayer by a Methodist minister who asked for blessings from Brahma and other gods, ending it with “Amen and Awoman.”

No, you’re not wrong to think that Americans somehow were lulled into or defrauded into putting lunatics in charge of the federal government.

Given the confluence of the political Left and corporate America, what we’re seeing emerge is a form of fascism, in which a government/corporate cabal consolidates power.

As columnist Roger L. Simon puts it, “I’m not a conspiracy monger… I’m an Occam’s razor guy – what you see is what you get. And Occam’s razor tells me the United States is turning into a near clone of the People’s Republic of China.”

That’s where multi-billion-dollar corporations flourish, but only under heavy-handed “guidance” from the Communist government. Right now, the Xi regime is cracking down on religious liberty and dissidence of any kind.

America’s ever-tightening, Stalinist “cancel culture” is increasingly resembling China’s “social credit” system, in which you must toe the party line in order to work or obtain medical care and other necessities.

It’s a big reason many of us oppose government-run health care and other government monopolies.

With all that’s happening, it’s no wonder the CPUSA is popping corks that, for now, are from bottles of privately produced bubbly.

We can mourn for a time, and the Serenity Prayer is great for bouts of momentary depression. But it’s crucial to develop an effective, everyday pattern of resistance. Never forget Who’s really in charge.

“Have I not commanded you? Be strong and of good courage; do not be afraid, nor be dismayed, for the Lord your God is with you wherever you go” (Joshua 1:9).

From One News Now

When people want to revive mccarthyism it’s time to call them out as propagating dangerous and oppressive ideology.

While Knight is inelegant, Glen Greenwald, award winning journalist, has much to say… this interview is relevant. And, BTW, Greenwald is a Democrat.

This is just plain silly

Silly? LOL, it is very telling that the Communist Party announced that they no longer need to run a candidate since the Democrat Party is doing the job for them. Silly? Try chilling.

Ah, the treacherous muddy road of illusion… aka another piece of Citizens Journal trumpister misinformation.

He told it like it is, but it’s easier now since they don’t even pretend to hide it anymore.