Whither the Precautionary Principle?

The precautionary principle, per Wikipedia, is “a strategy for approaching issues of potential harm when extensive scientific knowledge on the matter is lacking. It emphasizes caution, pausing and review before leaping into new innovations that may prove disastrous.”

Over the last half century or so, regulators and activists have regularly invoked the precautionary principle versus industrial and commercial concerns: Will this new car wash ruin the nesting grounds of the Great Purple-Crested Bandersnatch? Could construction of that pipeline conceivably pollute a river? Might the noise from a proposed refinery disturb the sleep of some nearby Mrs. Nimby?

Then came COVID-19, and all of a sudden many of the same voices who’d have followed the precautionary principle to hell and back to stop construction of a nuclear power plant or delay the logging of a plot of old growth forest completely abandoned it.

For THIS situation, panicking and screaming “SCIENCE!” at the top of one’s lungs suddenly and inexplicably became satisfactory substitutes for “caution, pausing and review” before radically transforming the lives of more than 300 million surprised human lab rats.

I’m pretty sure that placing millions of Americans under de facto house arrest and shutting down significant portions of the US economy constitute “new innovations that may prove disastrous.” And every day it becomes clearer that “extensive scientific knowledge on the matter was lacking” when it came to the rationales for doing so. 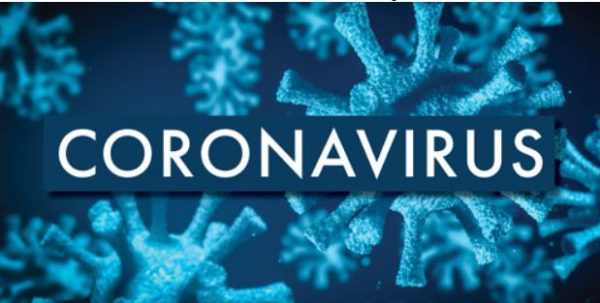 None of those numbers are numbers we want to hear when we’re talking about dead people, of course, but the fall from 1.7 million to 1/28th that number is a strong indicator that the overall process was based on something resembling wild, panicked guesses (and in some cases raw political opportunism) more than realistic modeling based on smart assumptions and fed with good data.

Don’t take my word for it. Ask Dr. Anthony Fauci, director of the National Institute of Allergy and Infectious Diseases: “I’ve looked at all the models. I’ve spent a lot of time on the models. They don’t tell you anything. You can’t really rely upon models.”

But those models were  what federal bureaucrats, state-level politicians, and local health officials DID rely on, and point to, as the basis and justification for a cascade of crazed policy decisions that have already resulted in what will likely turn out to be the worst US economic collapse since the Great Depression.

Don’t let the government’s COVID-19 Catastrophe Caucus fool you into believing they saved America or humankind. Before this is all said and done, we will have gotten off very easily if their mistakes haven’t killed more people than COVID-19 would have killed if left to rage completely unchecked.

It’s time to start interpreting the precautionary principle as a strong presumption against trusting the state with any power whatsoever.